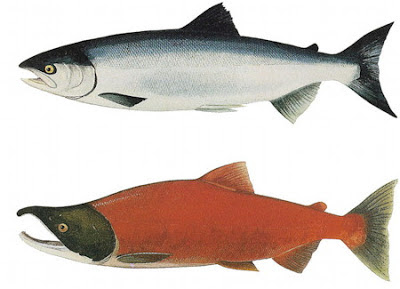 Posted by Rick Hackinen at 10:21 No comments: 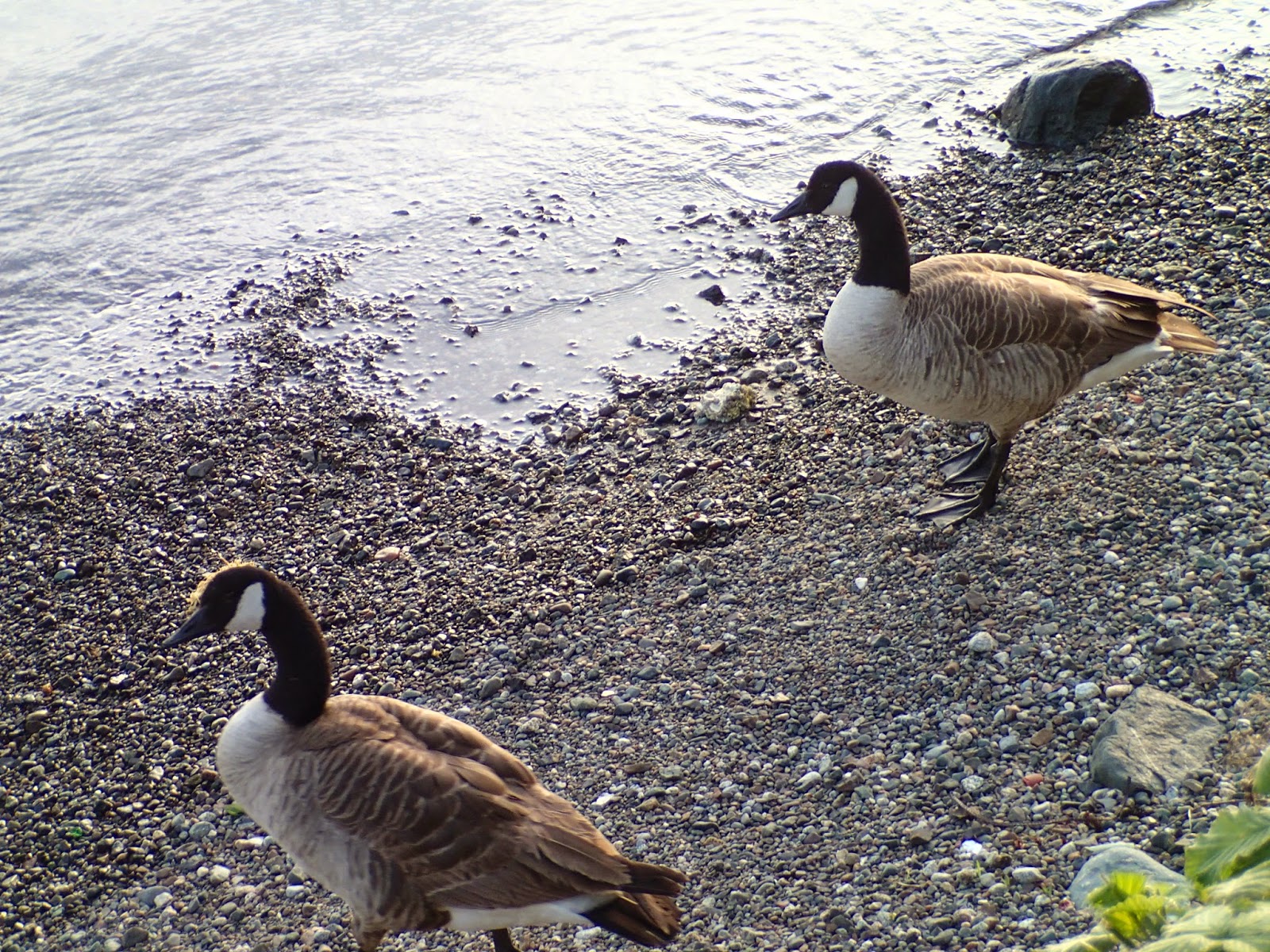 Two pairs of Canada geese have come to the shore for the past couple of evenings. The tide has been high and calm, and the geese are silent, unless they call out if alarmed. I approach them, keeping some bushes in between us, to take a photo. They move with no effort on the water, and  step ashore alertly to eat grass while the pebble beach is narrow.  I feel that I am observing beautiful wild animals in their natural behaviours. Part of me is a bit excited because I have had to use a degree of stealth to get close and study their reactions to my presence in a way that must resonate in the primitive stem of my brain as mimicking hunting. I can’t get the ideal photo I want. They return to the water and glide away . They are beautiful.

Canada Geese ! What’s so special ?  If you live in one of a hundred urban cities with large Canada goose populations, you are not impressed. These bird are pests where they muck up soccer fields and golf courses, and parks.  In Bramford Ontario there is a news item today about a goose attacking people coming too close to it’s nest, right by a school crosswalk in the suburbs.
The image of a Canada goose in flight was taken as the official symbol of the U.S. National Wildlife Refuge System in 1935.  How could they know that that bird especially would learn to thrive and multiply , not in refuges, but, in the advancing suburbia with its lawns and manicured parks.  The symbol for wild nature ironically thrives on cultivated grass, and finds places among people that are safe refuges from the wild world.

So much of what we value seems to be measured by what is rare. When something is exotic to one person, but common  to another, we can recognize this. What is common we devalue. Many examples come to mind at once.
Deer.  Many guests in my boat are extremely delighted to see a deer on the shore. Unless they live with suburban deer.
Lobsters. My old Newfie friend tells that he grew up in the Atlantic outports where poor children got lobster sandwiches, and the rich kid got bologna sandwiches.
Seals. Many of my fishing guests love to see seals. Kids adore seals. Coastal locals hardly give them a second look.  But in the UK there are tour boats for seal watching.
Eagles. Everyone likes to see eagles. But some people, especially Americans, for whom they are a national symbol, are shocked to find out how numerous they are to see here at times, and occasionally express that this somehow diminishes their specialness.
Orcas. My Dad would have been flabbergasted to see that people pay money to go out in a boat to look at ‘ Blackfish “.

Spiny Dogfish . This is a common species of small shark. When there are lots of dogfish around they can be a a terrible nuisance to fishing. Their numbers seem infinite. You can avoid a lot of them by using artificial lures only and trolling quickly. In times gone by, we salmon fished a lot by “mooching” herring bait slowly with just a weight on the line, and caught lots and lots of them, not always returned to the water nicely.  We thought of these as a trash fish. At that time, a fishing guest from England told me that these were usual in English fish and chips, and marketed in the shops as Rock Salmon. That sounded so crazy I checked it out and he was right.
As with everything, there is much more to dogfish than we thought. Just the highlights; Dogfish sharks don’t reproduce until they are 25 to 35 years old, and can live to be 100 years. They give live birth after a 2 year pregnancy. They are slow growing and while they are prowling opportunists that could eat any slow, injured or diseased thing, they generally don’t eat much, mostly krill.

Rockfish. Perhaps someone wished for a fish that was numerous, delicious, and so easy to catch that even little kids could catch them.  Unfortunately, they got their wish. There are many species of rockfish but they all have the same basic shape, and are all long lived.  Many don’t spawn until 12 years old and can live to 70 years or more. Similar lifespans to dogfish and humans. There has been a commercial fishery for them , and they are well loved by Asian cultures. So we caught them faster than they grow, a bit like logging.  Now there are Rockfish Conservation Areas distributed throughout the coast, which are no fishing zones for hook and line, and these certainly benefit other species as well.

Pink Salmon. Pinks are great. They are the most abundant salmon. Most years there are more pink salmon than all other salmon combined. They grow extremely fast, but they do it all in just 2 years, so they are the smallest salmon. They have a  reputation as the least of the salmon, but that is a high bar. The flesh can tend to deteriorate sooner than other salmon, but that is easy to correct with proper cool  handling. The taste is mild, and they are terrific on the barbecue.

Coho salmon. Cohos are so great I am at a loss for words to describe them.. Coho populations appear to be improving but certain populations have been struggling, and so the wild ones must be released. We only keep cohos with a clipped adipose fin, which indicates it originated from a hatchery. For many people, catching a coho and letting it go is a wonderful experience. For others, not so much. There are quality catch and release fisheries all around the world, but that doesn't impress everyone.
So when there are lots of cohos around,  you could catch some, perhaps a hatchery one or two to keep,  and then go for the bigger and less numerous chinooks. Then the next coho you catch might not seem so special. But it is.
I hope we can keep in mind how special cohos are if their numbers increase as they might. 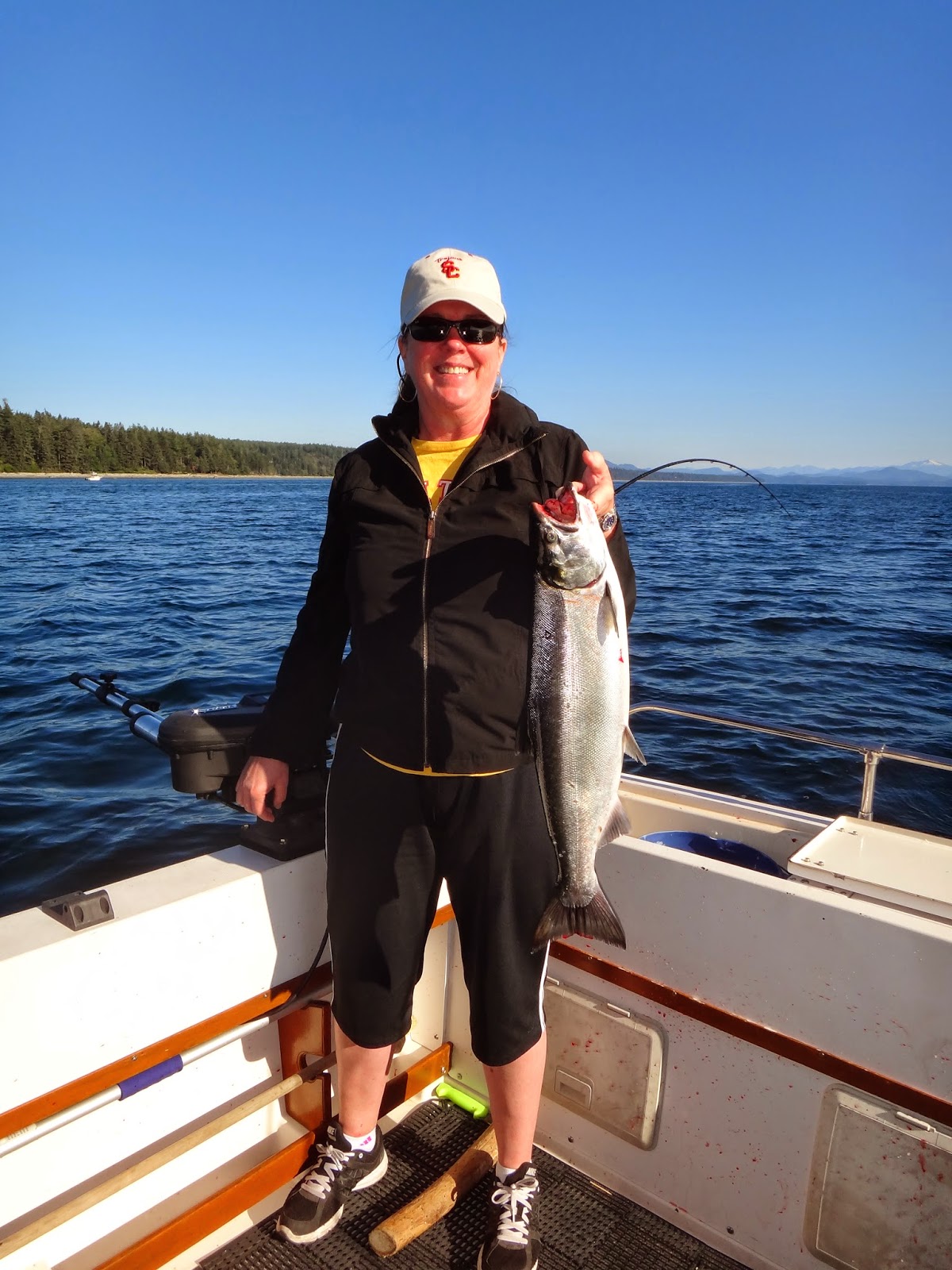 Posted by Rick Hackinen at 23:54 No comments: