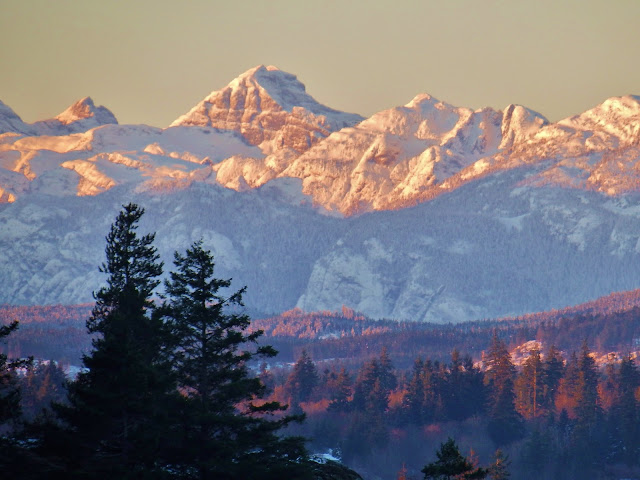 All of these were taken from the porch in Q cove on Christmas morning. 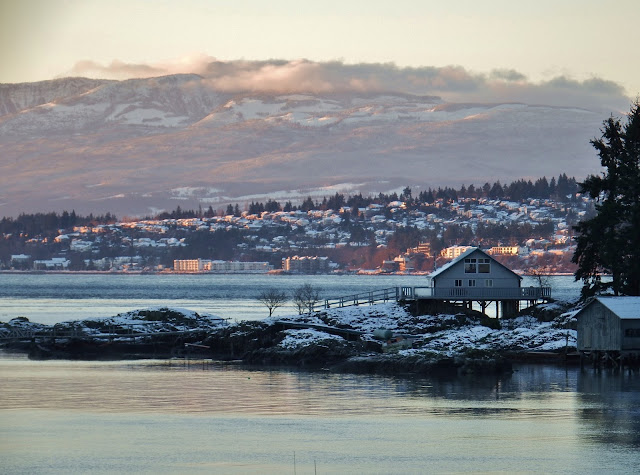 At the right time in the morning, on a clear day, the rising sun gives a reflected glow from the buildings on the south side of Campbell River.  On Christmas day, this is photo is about 9 am. 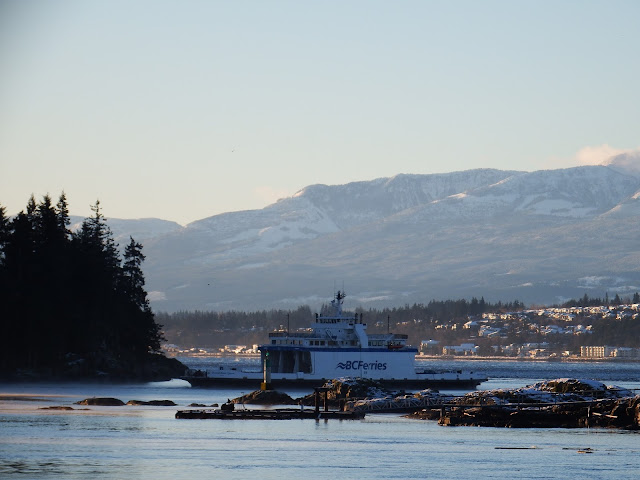 Even on Christmas Day, the Quadra ferry makes a few trips.  Cheers. 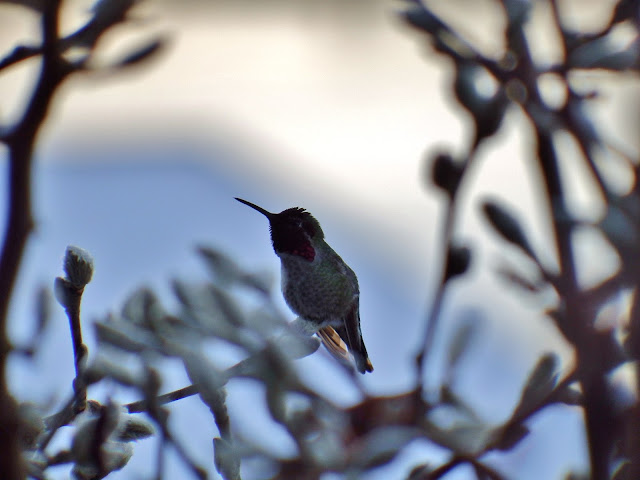 Yes, that is a hummingbird. There are a few in the neighbourhood that get through the winter with help from sugar -water feeders. 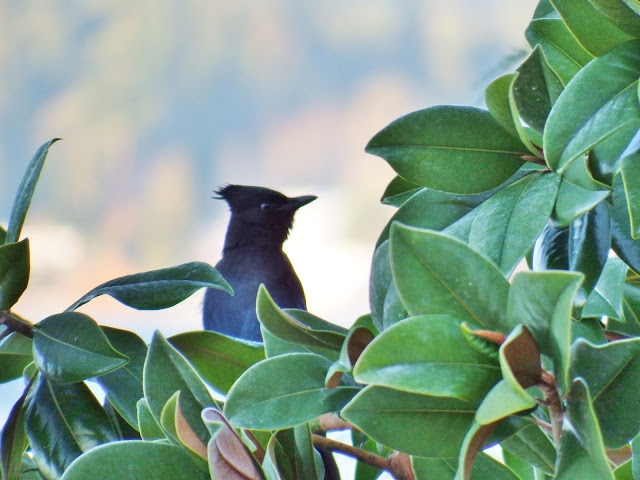 This the local eagle pair that stays for the winter.  Others will come when the spawned herring are moving out in early spring. 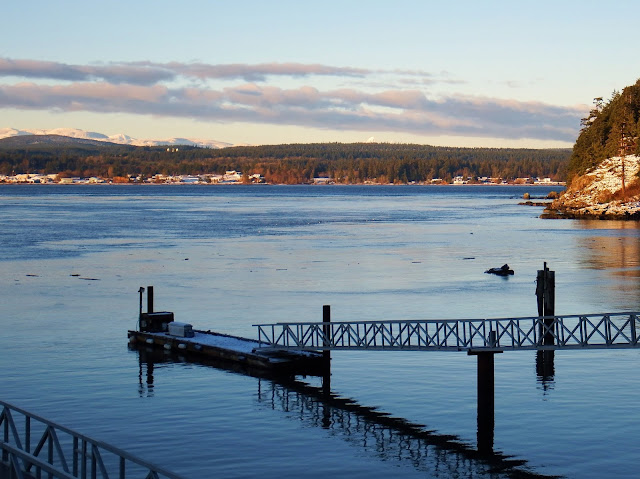 The north end of the cove with the mouth of the Campbell River and Tyee Pool in the distance. The tide is ebbing , moving north to the right in the main channel.  Diagonally through the bay you can see the backwater riffle with up-welling that brings food closer to the surface, and there is a line of  gulls pecking along the break. Even in winter the pattern holds. 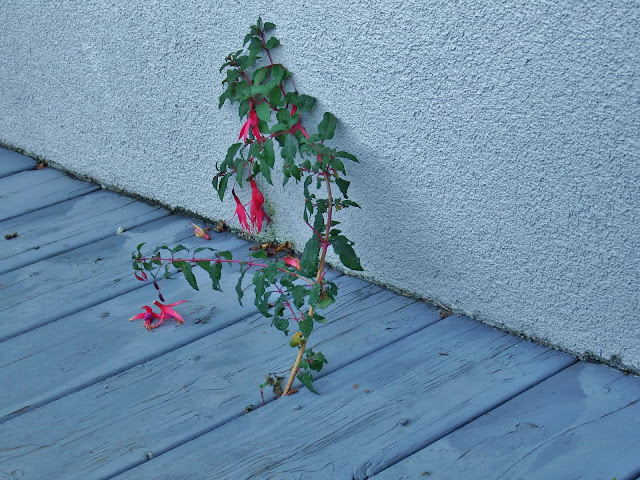 The days are getting longer, spring is coming.  Hang in there. 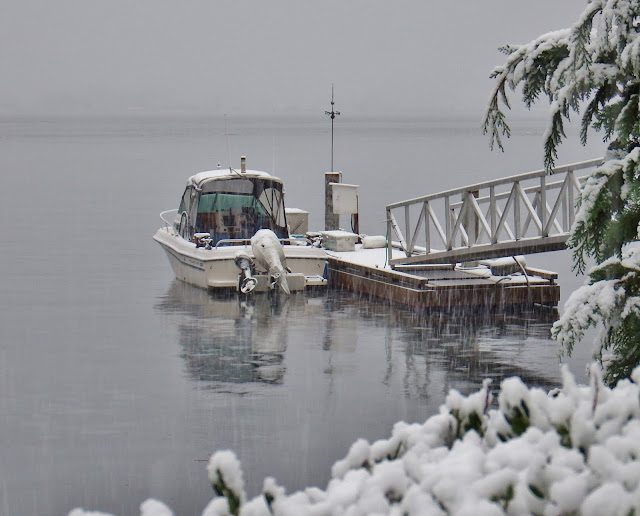 We had a very intense , very wet, snow on the afternoon of December 23. It made a nice Christmassy picture.  I had to sweep the boat top a few times, so the heavy slush wouldn't stretch the canvas. By bedtime it was raining.

Posted by Rick Hackinen at 19:25 No comments: 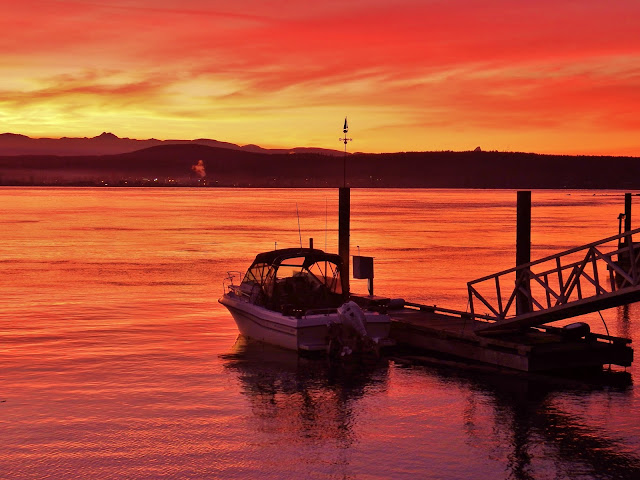 Posted by Rick Hackinen at 19:14 No comments: 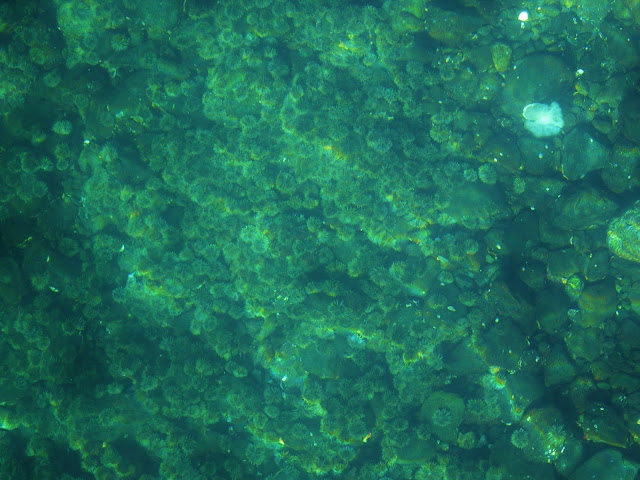 Green urchins dominate the bottom in large areas.  This is a patch in Q Cove. In the extreme these are called urchin barrens, and appear to result from the Sea Star Wasting Syndrome which killed most of the starfish from California to Alaska.  The sea stars ( starfish is the old term ) would be a top predator on the bottom and kept everything in balance. I've posted about this before, but now the cause is know to be a virus. The sea star population seems to be coming back. http://www.pbs.org/newshour/rundown/scientists-solve-mystery-of-west-coast-starfish-deaths/ 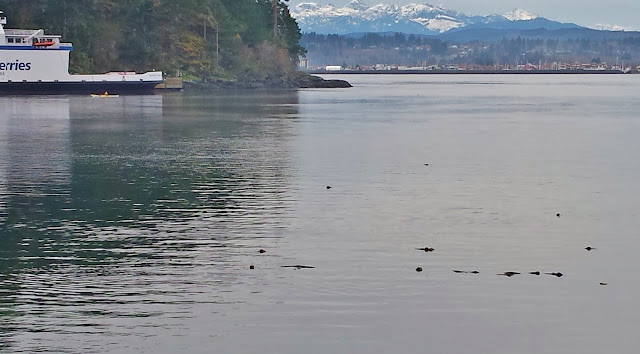 Kelp has disappeared from many areas because the urchins graze it off before really gets started growing. This photo shows a kelp patch holding on in November. Bull kelp is an annual plant.
Although there are many local spots where the kelp forests have disappeared such as locations in Georgia Strait, there are other exceptional examples. I have noticed that on the south side of Race Point to Middle Point in Discovery Passage, the usual extensive kelp bed was gone this year, but on the north side of Race Point into Menzies Bay, the kelp bed was wide and strong as usual.
The most unusual thing was the several kelp stems that appeared in the Tyee Pool, on the south part, near the Can Bouy. That was a new thing, and a set of challenges for rowing  precious lures around. 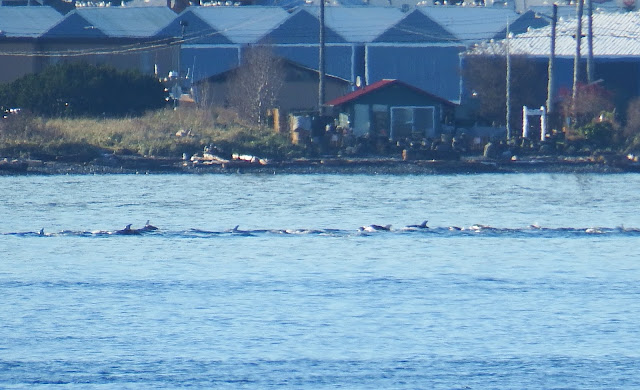 The Pacific White-Sided Dolphins have become a regular sight in summer. I think that it is a newer development to see them often in winter. Here is a gang in November in front of the Tyee Club clubhouse,( which is closed until the rowing season begins July 15 when the big chinooks come home. )
Also note how tall the boat houses appear in the background due to high winter tides and high river level in the river . 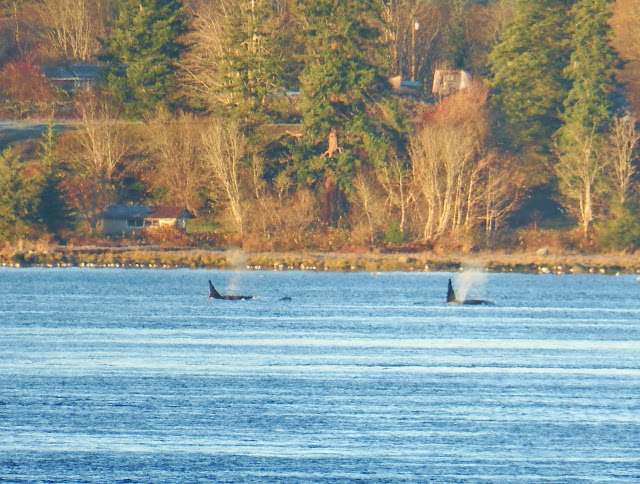 These Orcas ( Killer Whales ) are likely looking for seals in the mouth of the Campbell River. This is  November.  These are the mammal eating type of  orcas, which have been called Transients but are re-named Biggs Orcas. In recent years they have stayed in the general neighborhood all year round, but they move around a lot to ambush their prey, which include seals ,dolphins, and porpoises.
http://killerwhale.vanaqua.org/page.aspx?pid=1347 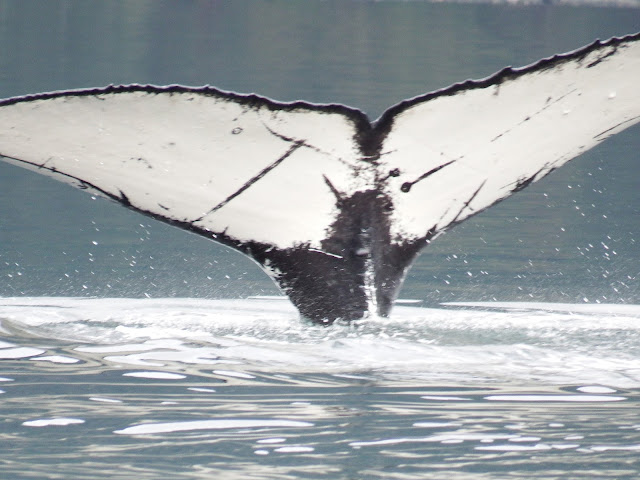 Of course we should not intentionally be so close to whales, but it can happen that one surfaces nearby while we are fishing. 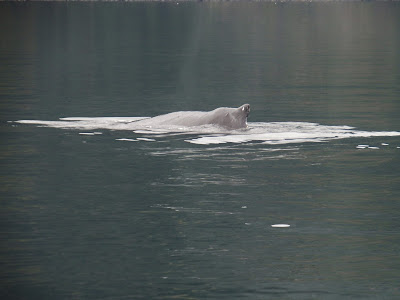 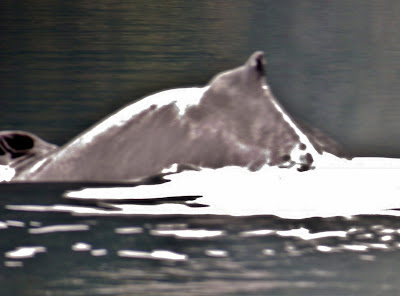 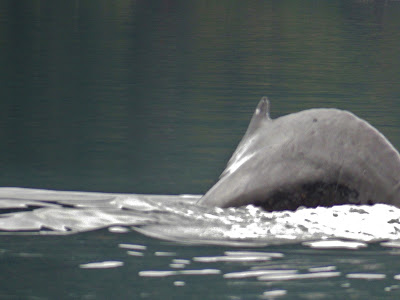