Salmon Viewing in the Campbell River 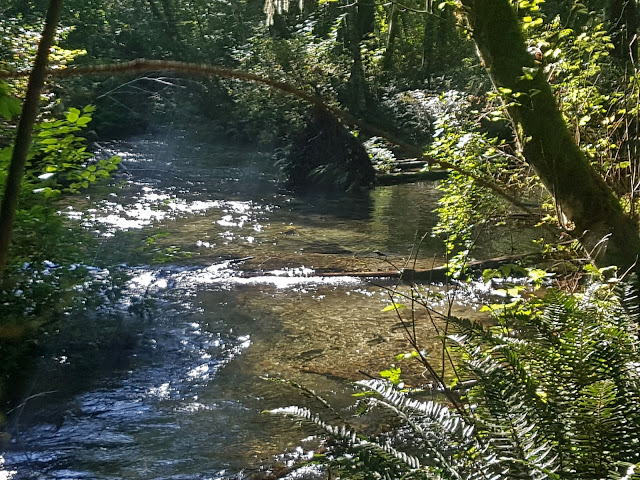 There are lovely trails made to see the enhanced spawning channels on the Campbell River.  This is one of the side channels with pink salmon . The chinooks stay out in the main stem in deeper and more turbulent water. It's the end of September and a lot of the fish are in, but the chums arrive last.

Look closely to see how many you can spot. 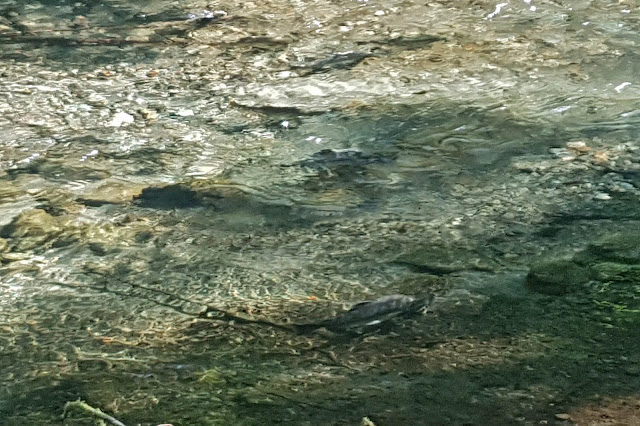 After a little while you get an eye for seeing these fish.  The nearest one here looks like he is looking back. 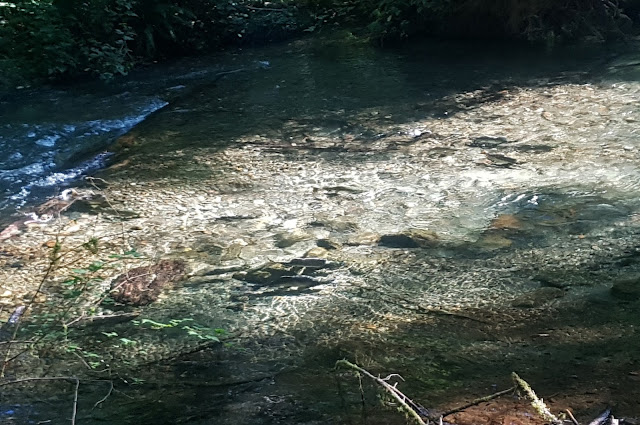 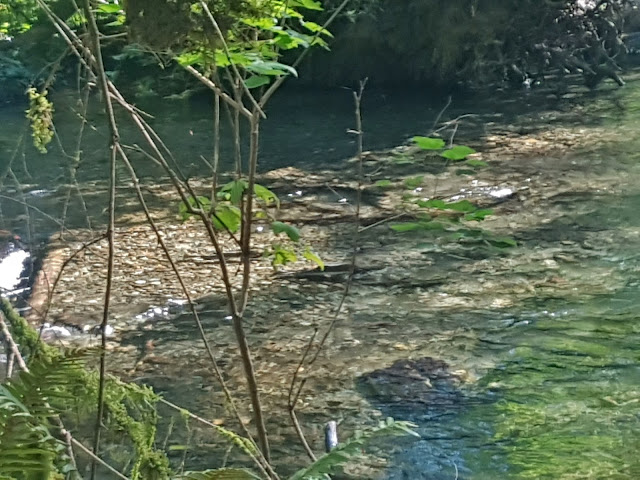 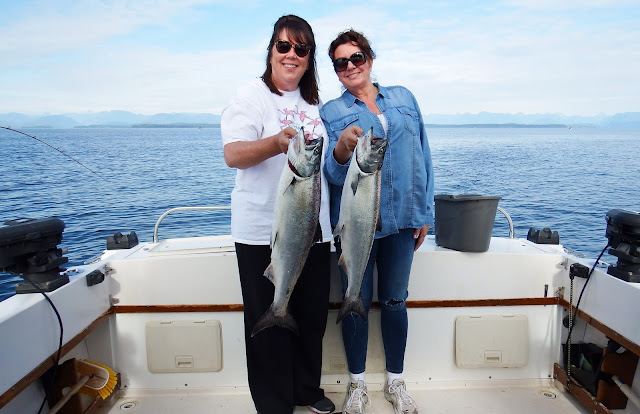 Janis and Lexi get reacquainted with the waters off of the south end of Quadra Island.  Good times .

Betty phoned to arrange things, as she does every year. She has a summer home on Quadra and has been coming up, from California or Hawaii, with her family since, .. let's not count.   So while we were fishing, Janis was recalling fishing around here when she was a little girl, and Alexis had even made some of those trips too, they have been friends for so long.

Both of those fish were very good size immature chinooks, with tiny eggs inside.  We often call those kinds of chinooks " winter springs ".  Springs because Canadians often call chinooks Springs, named for the early run types into the big rivers like the Fraser and Columbia. There are so many run-timing types of chinooks it gets complicated.  These are called winters because they winter over, and are the only salmon species fished for in winter.  So these,  caught  just a day after the equinox, are Autumn Winter Springs.  That sounds crazy, but a local angler would know exactly what you mean.

Posted by Rick Hackinen at 12:27 No comments: 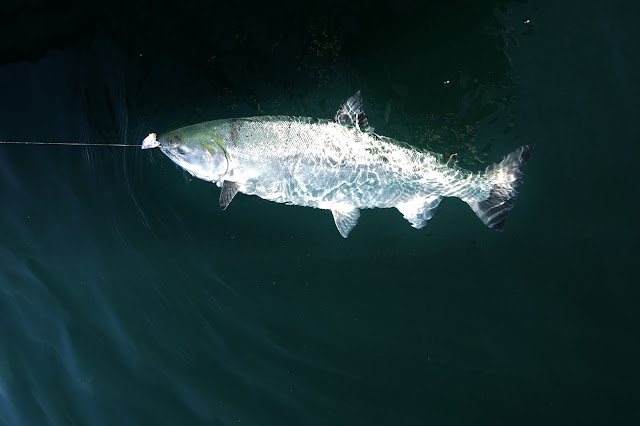 Some sights on the Autumn equinox . 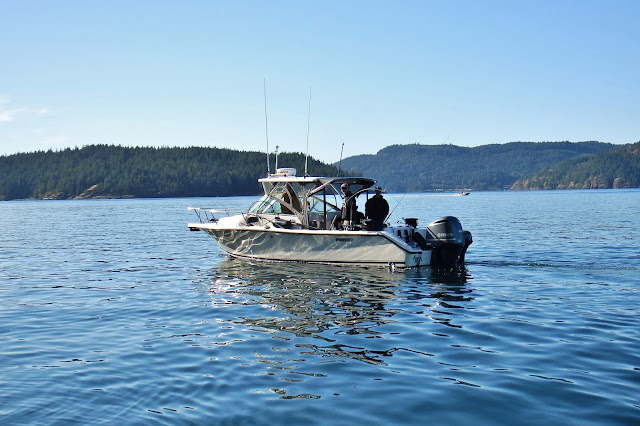 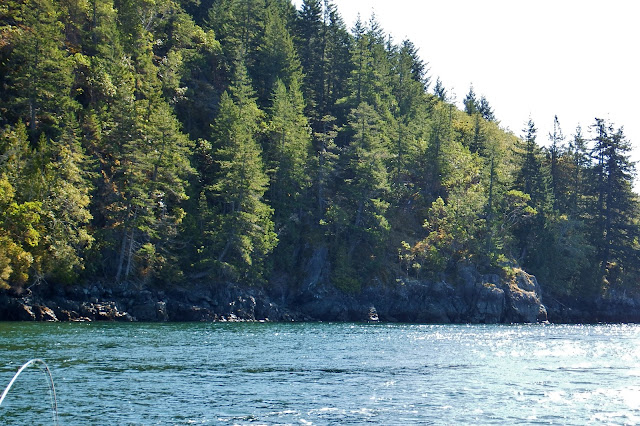 Posted by Rick Hackinen at 12:14 No comments: 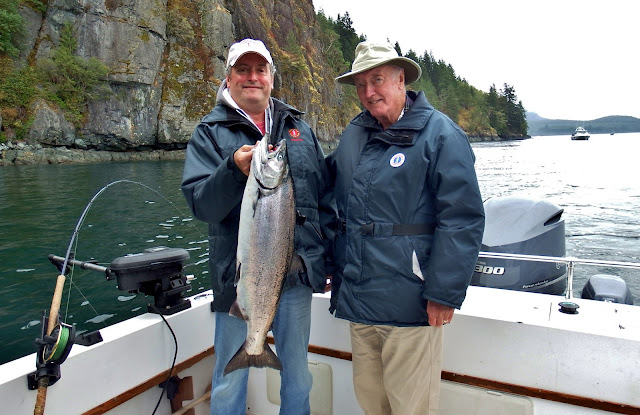 Maurice and Marc.  It has been a nice pattern for several years.  Maurice comes in the spring with Elizabeth and in the fall with his son Marc.  And fishing is always different , but good fun.

The Chinook return to the Campbell/Quinsam was very good this year and the Tyee Club had an excellent season.
I zigged some before I zagged. The fish did not hold in the south spots they way they have in the previous several years, and it took me a while to give up my favourite spots to go into the Tyee Pool with the rest. Fishing can be different from year to year. I'm looking forward to next year. 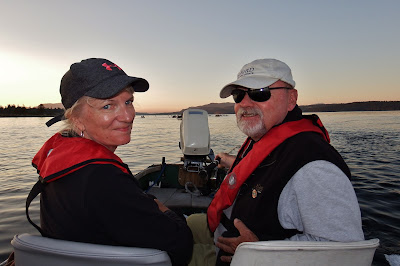 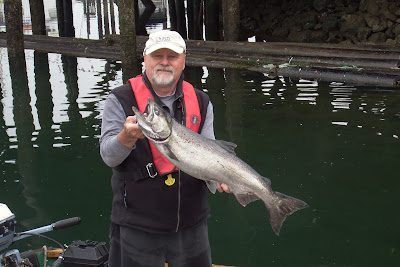 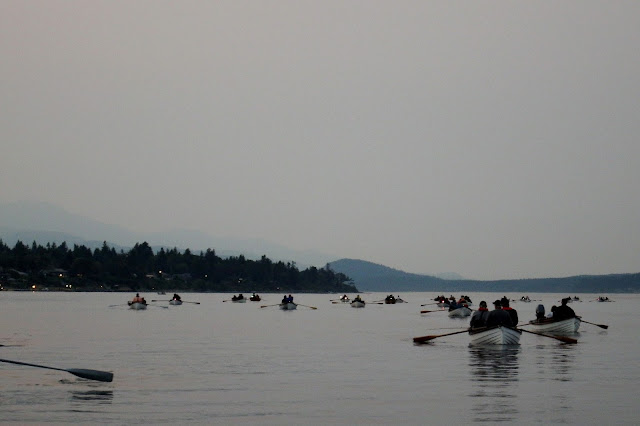 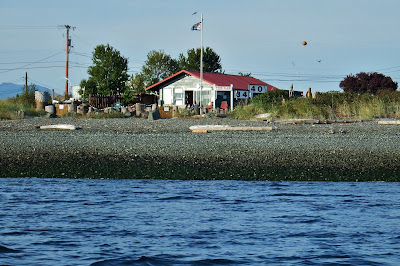 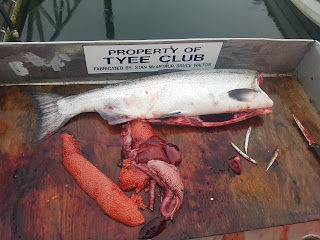 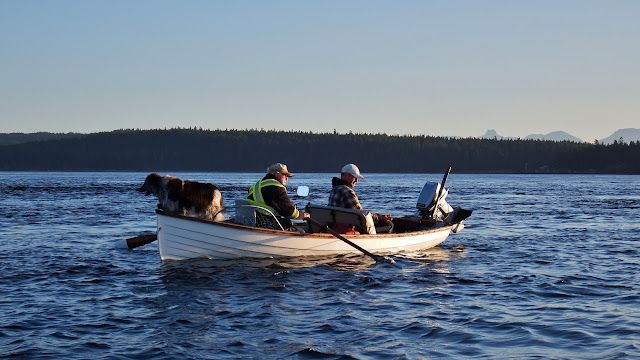 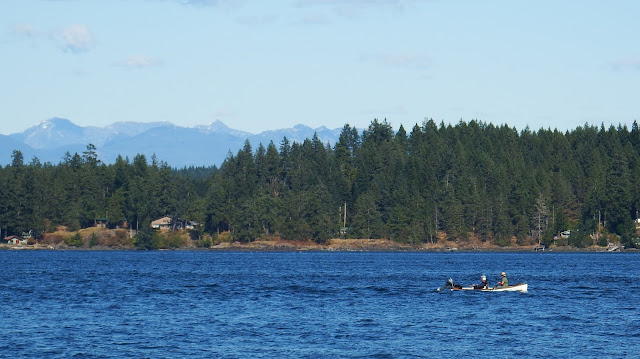 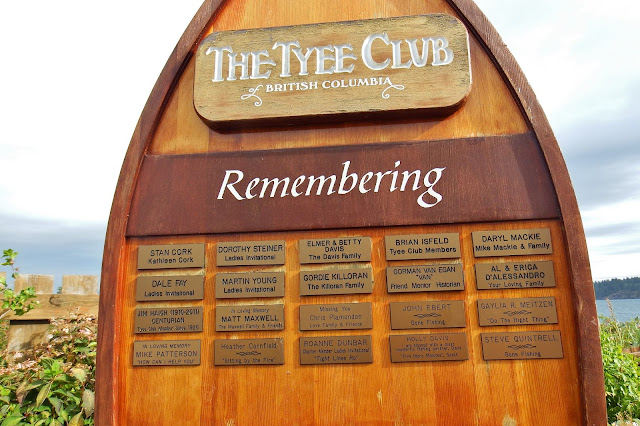 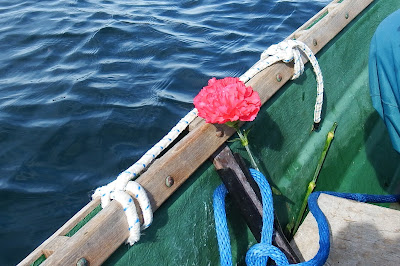 Posted by Rick Hackinen at 15:42 No comments: