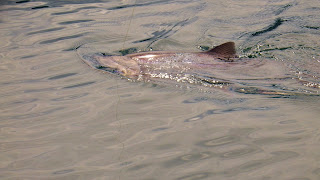 The Pacific Salmon Foundation ( PSF ) and the Sport Fishing Institute ( SFI ) have recently made public statements against salmon farms.

PSF is involved with the Strategic Salmon Health Initiative , including some DFO scientists and Genome BC, which is finding a link to the virus PVR , common in fish farms, and risk to wild chinook salmon.
Salmon Virus https://www.psf.ca/news-media/prv-virus-may-cause-disease-chinook-salmon
PSF position on fish farms https://www.psf.ca/news-media/pacific-salmon-foundation-position-aquaculture-bc

There has been a law suit which was won, to stop fish farms from continuing putting PVR infected young fish from their hatcheries out into ocean pens where they can infect migrating wild salmon. The fish farm industry is big and powerful and it seems their main argument is simply financial loss. The judgment  was clear, but DFO is ignoring it, which is outrageous. So Alexandra Morton and a First Nation, have filed additional lawsuits which will be heard in September.   http://alexandramorton.typepad.com/

This is just the recent news in 30 years of unacceptable risks to wild salmon from fish farms.  I won’t try to sum up here, except to say that there is this recent swell of notables opposing fish farms, which seems like good news, except that the science that brings them is bad news.  In the past it seemed like Alexandra Morton was alone leading this charge.
The first step now is found best on Alexandra’s blog.  The Province of BC holds the leases for fish farms , and several of these are coming up for renewal.
http://alexandramorton.typepad.com/
“ The Minister of Fisheries is lost to us.
However, Premier John Horgan is the industry's landlord and he will decide on June 20th whether to perpetuate this nightmare and issue tenure renewals for 1/4 of the industry as their licences expire.
I am not sure what else you need to know to take action with us.
Tell Horgan he must not renew salmon farm tenures in Musgamagw, Namgis territories, the Broughton Archipelago
Premier Horgan's contact info:
250-387-1715
premier@gov.bc.ca
PO BOX 9041, STN PROV GOVT, VICTORIA, BC V8W 9E1  “

Please help save the future of wild salmon. please contact Premier Horgan and tell him not to renew the salmon farm leases coming up for renewal.
Ask you grocer or restaurant  if the salmon is farmed, and tell them you will not buy that.