On Saturday I travelled to Nanaimo to attend a meeting with several DFO ( Fisheries and Oceans Canada ) salmon scientists, and managers, and a core of interested recreational anglers.  Nanaimo was a central location to be accessible to people from Sooke and Victoria, at the south end of Vancouver Island, to Campbell River in the north. Two of us drove down to represent the Campbell River Guides Association.
The idea here is to create a group of volunteers, named Avid Anglers, to support salmon science by collecting DNA samples from salmon. Those samples will include those from fish we keep, and from those we release alive and well.

This initial study will focus primarily on Georgia Strait, the big inland sea between Vancouver Island and the mainland of British Columbia.  The mix of salmon migrating or rearing in Georgia Strait is very complex and varies through the calendar. Cohos and Chinook salmon will be the main species to study.  Within those species are many stocks, or genetically unique subgroups originating in rivers around Georgia Strait, and local rivers, and also from the vast watershed of the mighty Fraser River ranging though the Interior of BC ,even to the Rocky Mountains.  All of these have variations in their life histories. There is a need to know which stocks are where and when, and this will effect fisheries management and regulations. We hope and expect that more information will result in better stewardship, and we anglers will take on some of that responsibility. 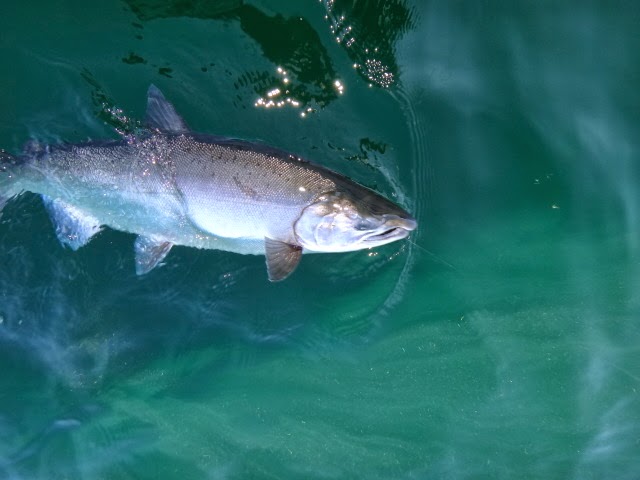 The second part of the meeting was a reporting of salmon data and population indicators. SALMON FISHING PROSPECTS LOOK VERY GOOD FOR 2014. Surprisingly good.
For example, a large research ship tows a specialized trawl net in the fall to estimate juvenile coho populations. Those numbers correlate very well to the next summer’s coho fishing. Last year while we were fishing for Chinook salmon we were surprised by a spectacular return of cohos inside Georgia Strait, such as we had not seen for twenty years. The indicators for this year look similar or even better. Survival rates have increased many times over. Something has changed for the better, related to ocean currents, wind, rainfall, timing of freshets, salinity and such.There are still certain stocks of concern, and we need to let the wild cohos go for now, but you can keep two hatchery marked cohos. Last year the peak of the busy coho fishing was in June, with good catches at a ratio of about one hatchery coho per four wild ones. This year is also the return year of the progeny of the amazing, huge, sockeye run of 2004.  If survival rates are ordinary, a whole lot of sockeyes will funnel down past Campbell River. 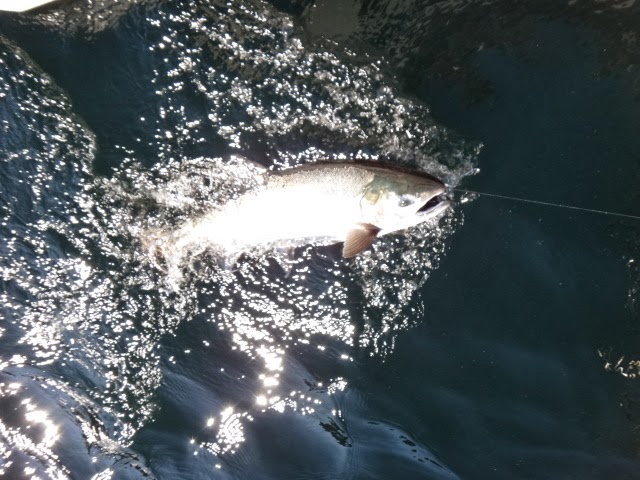 An addition function of volunteer angler participation is the recording of catch in logbooks.  The Campbell River area has a relatively high participation rate , especially among fishing guides. This takes some dedication to complete these logs on a long fishing day, but it is all worthwhile and contributes to the knowledge base for salmon.

If you were thinking of coming, or coming back, to the Campbell River area for salmon fishing, this year would be a good bet.
RH