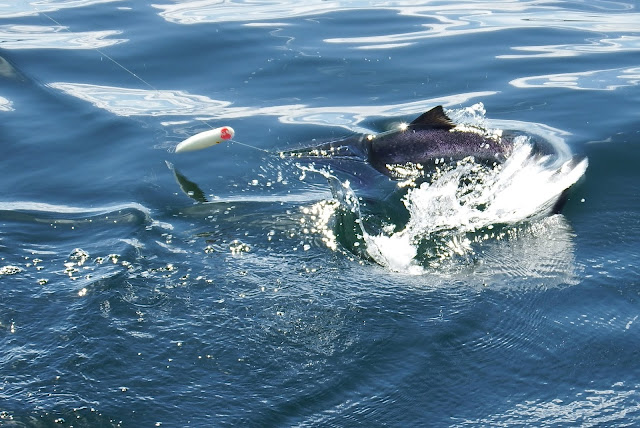 Spring is under -appreciated . That meant a keen New Zealand couple had lots of room on the water .

I had committed myself to carpentry work so I passed these guiding days to my colleagues Jeremy and Brant .  They had lots of action and released all the fish for the two days.  There are lots of chinooks , but there are catch restrictions for early season this year . More to say about that in a later post .  Taking photos of fish to release is controversial , although  I am in favour of the occasional picture for memories.  But none here for this couple . Good times , for just memories .