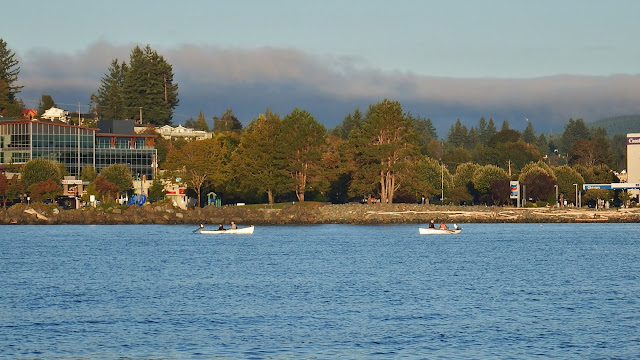 This year was an exceptionally good year for action in the rowboats .  However , the fish were mostly of the average sizes .  Bites are extra exciting when you are holding the rod in a rowboat  , but it didn't make for a big count on the Tyee Club roster , for which the minimum to register is 30 pounds .

Chinook mature primarily at a range of ages from 3 to 5 . So, the optimistic fisherman in me projects that we should have a great return next year of sibling chinooks that stayed at sea a year longer and will return bigger . 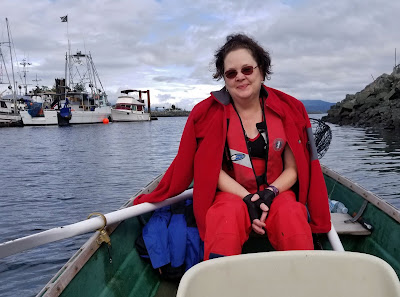 I got in on some more rowboat fishing in a personal way , in addition to guiding .
Shamra has been rowing me because she wants to row me to a Tyee.  It is a rare and good experience for me to be holding the rod for a change.  We mostly got out in evenings after both of us had finished our day jobs. 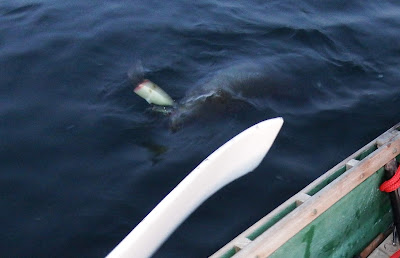 We had some good action at times , and released a few .  One of them was big enough to take a really good look at before deciding it was certainly less than 30 pounds, and then releasing it. 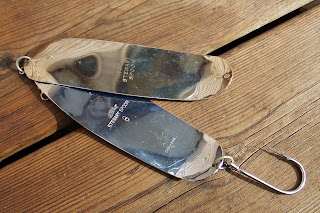 One of my short fish stories of the season was rowing with Scott .  He struck the fish immediately and we had the fish on the line for a short time before it came free. The brazed ring holding the hook had broken .  Rats !  That never happens . 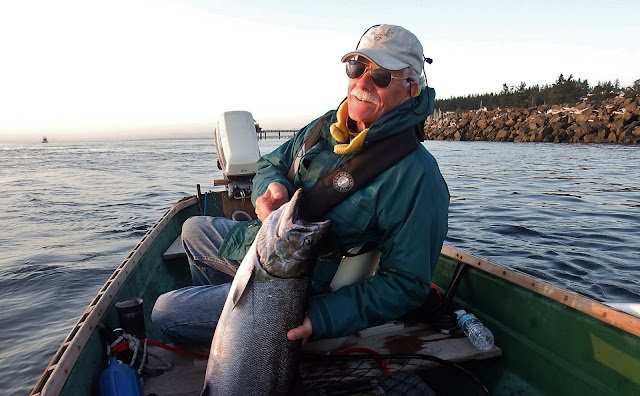 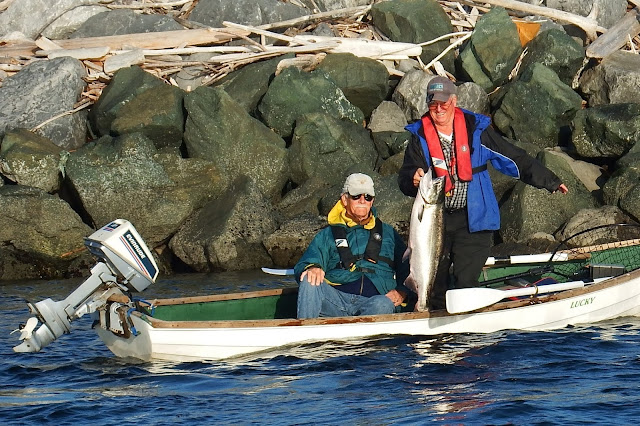 A couple of highlights of the season were the fun rowing days with Dave , who makes the trek annually from California , and fishing as buddy boats with Toby and Rich . 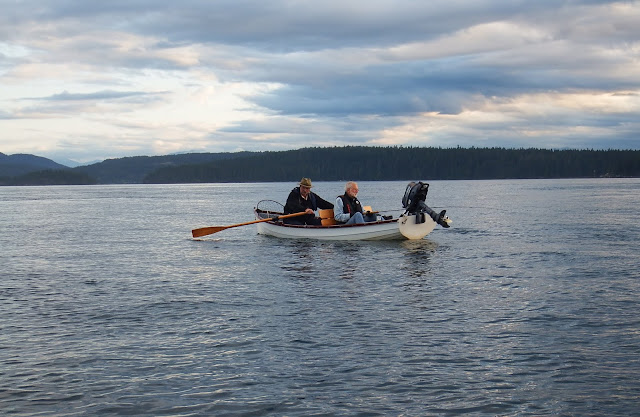 And we are all happy for the success of our pals with Trevor rowing Scott into the Tyee club . 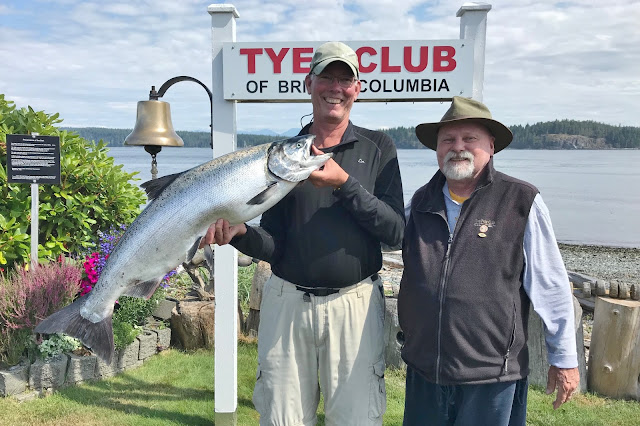 And this beauty below is 26 pounds , such a great sport experience with grand fish, even when they don't get a trip to the Tyee Club scales . 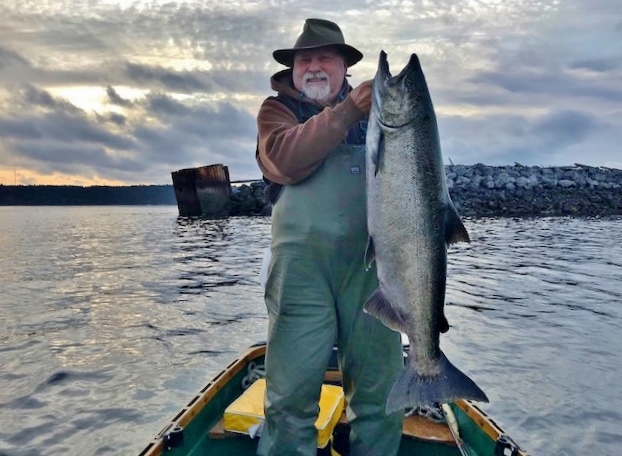