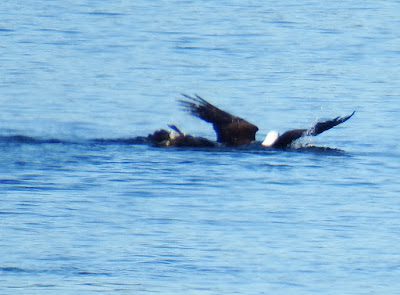 When I saw the eagle swimming I thought it had killed a duck or other seabird. It is fairly common for eagles to swim , towing their kill, if it is too heavy to fly with. This one was making better speed than they do when pulling a heavy fish, which I've seen more often. 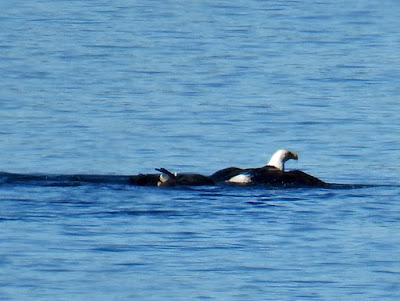 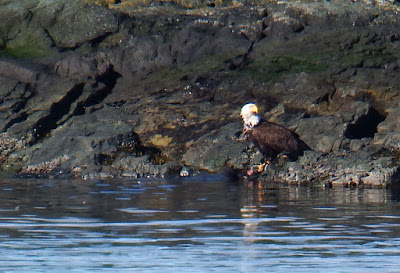 When he (or she ) got to shore he rested for several minutes.  Then he pecked at the meal just a bit and followed that with a distinctive eagle cry. He must have intended to share. 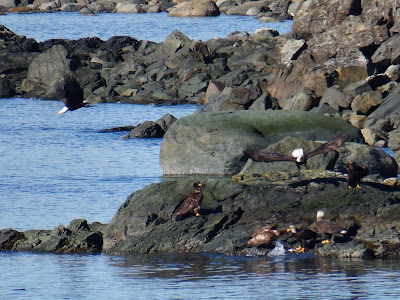 Another eagle , a juvenile, who had been watching, was on the scene immediately,  Then another and another arrived , while one or two soared above. In ten minutes there were eight ! 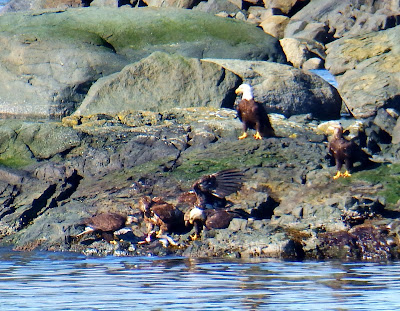 They squabbled some, but mostly they seemed to share. They sometimes pulled against each other, but it looked more like cooperation, as seals do when they work together to tear a fish in pieces. Is that sharing?  I don't know, and maybe they don't either, it just works. 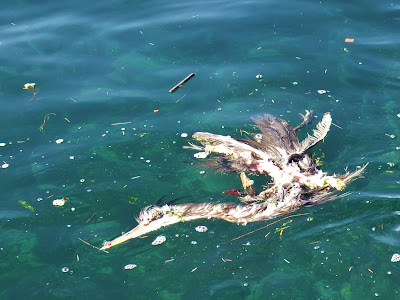 After the gang had dispersed I went over with the boat and found the head and neck of a Blue Heron. I think the eagle must have attacked this big bird while it was in flight over the bay.