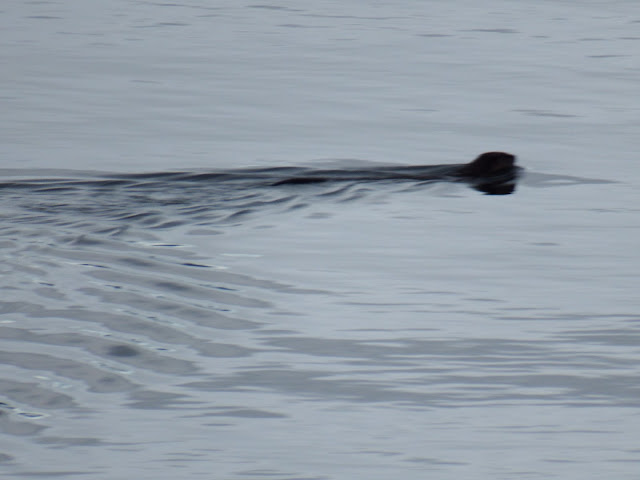 An otter followed my spoon, again. This happened last spring as well. I was pulling spoons and plugs off the dock , bending and tweaking them to see the action, just on a rod length of line. This is not fishing, but I have caught one small lingcod, and attracted one seal and two otters, over several  years.
I gives one a start when something slips out from the shadows under your feet and falls in line behind your lure.  It's another of those things it is hard to get a photo of.
So now , it appears that mammals prefer to follow spoons, and fish like plugs. That's what fishermen like to do ; make sweeping generalizations from very few data points. 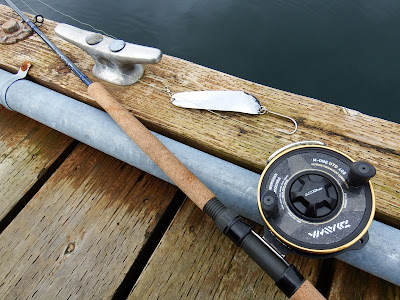 Today's experience was so much like the last time, I just attached the blog post " Don't Bite " from Feb 12, 2015, below, with a better picture of one of those otters. 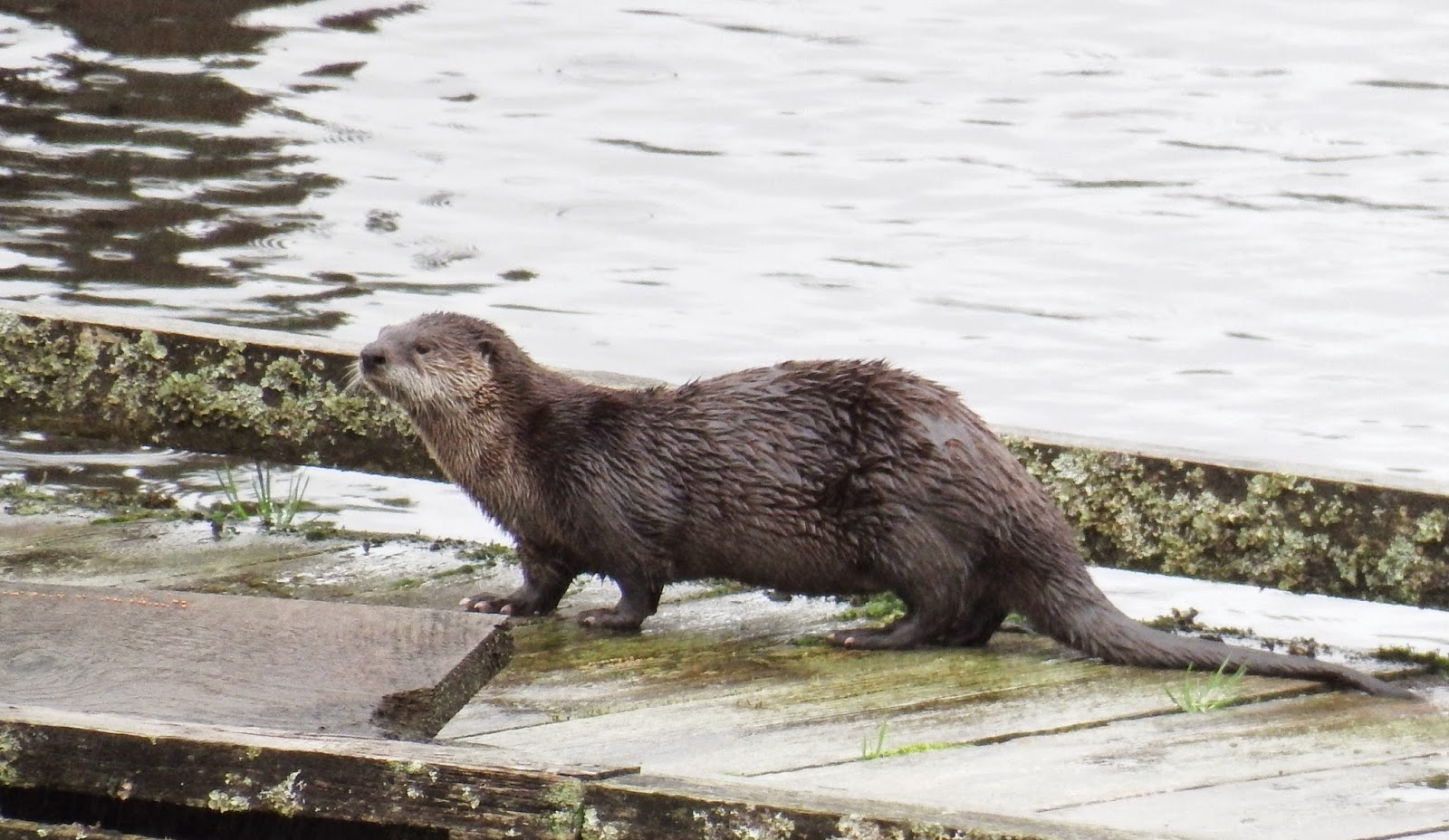 I was pulling a spoon through the water, standing on the dock, just seeing how it swims, when an otter zipped out after it. I reflexively jerked my rod up and the spoon out of the water before he could grab it. It startled me actually, coming out from under my feet. I don't know if he would really bite down on it, but he was about to get his nose right up close.
I do spend quite a lot of time just messing around with tackle. I often bend spoons , adjusting how they behave. I mess around a lot with plugs too. It is a relaxing meditative time for me and I can use it for a quick break. Also this winter, a small lingcod came up from the bottom in 30 feet of water and grabbed my plug. 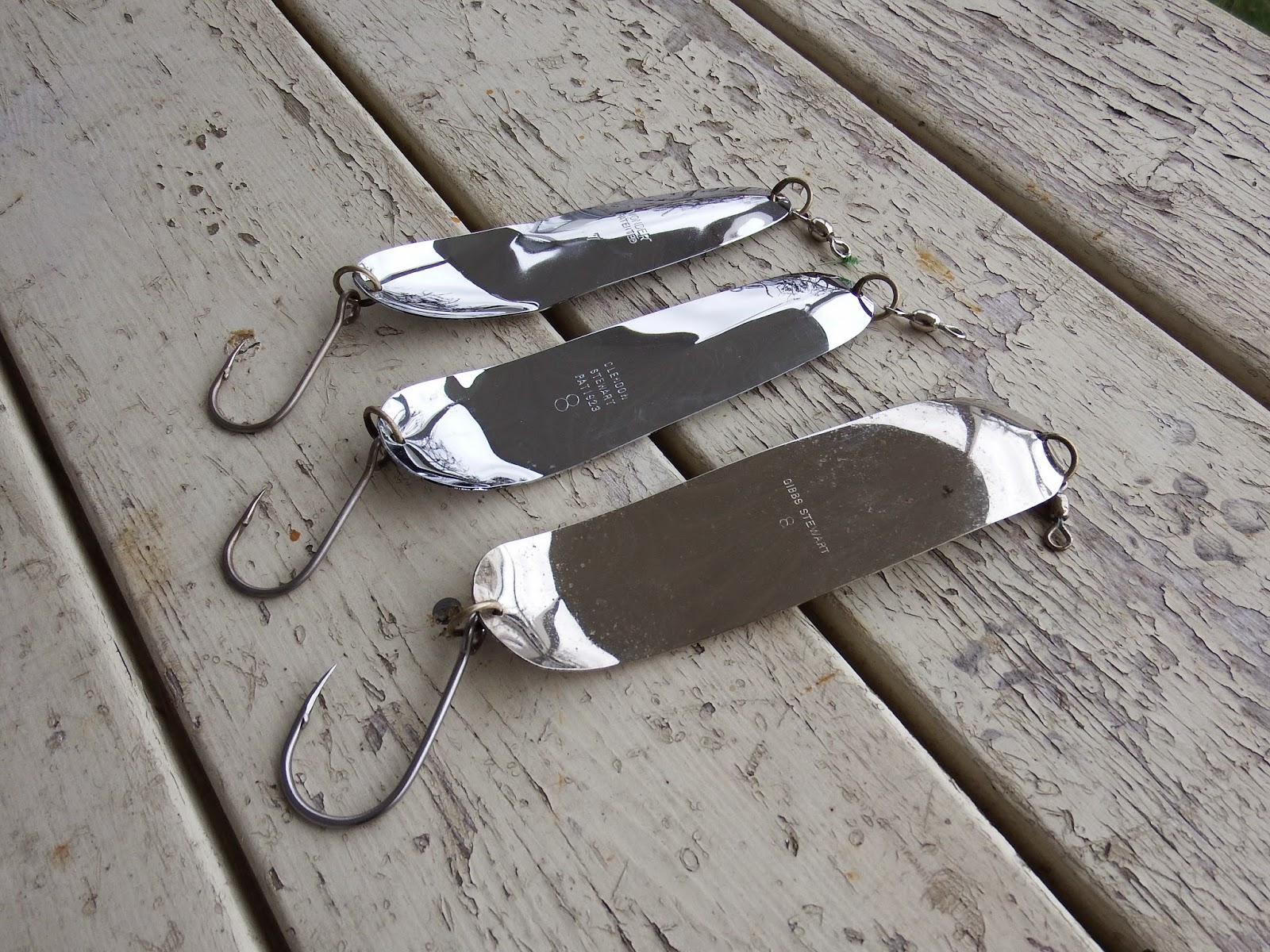 Here are three different spoons. The big Stuart spoon gives a strong beat, like a beating heart, when rowing for Tyees. The middle is a Clendon Stewart, made for a slow motorboat troll speed. Those two are No. 8s and it seems that spoons of that size are no longer being made. The last is a No.7 Wonder spoon,which will fish at medium to faster speeds. I liked the obituary of an old timer from up coast that said the man would only fish with a brass No. 7 Wonder spoon.  These are all old designs that have survived from among the scores of designs that have come and gone, because they work.