If they are chinooks ... 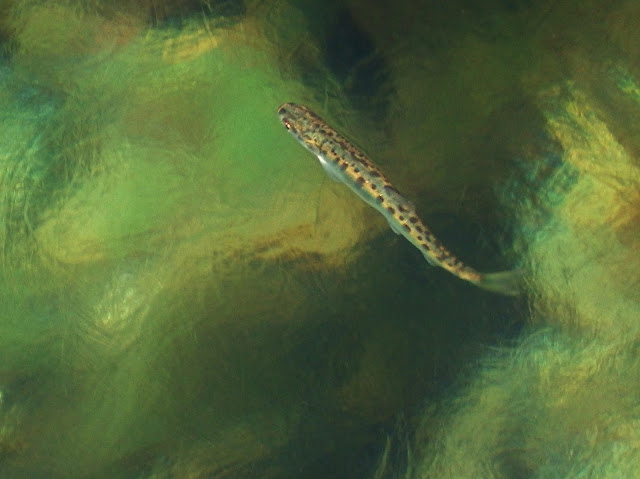 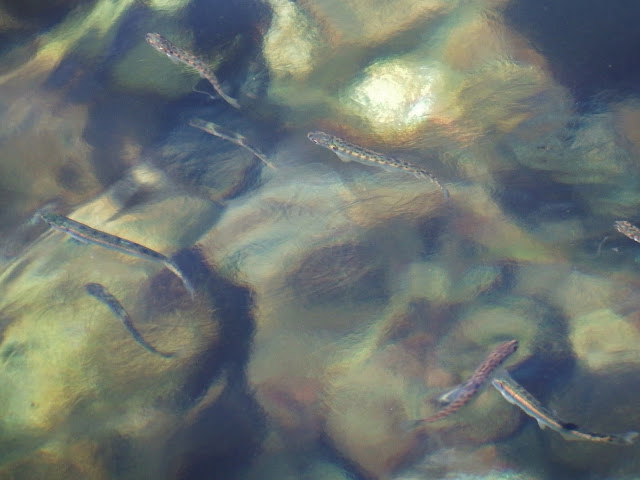 During the hatchery smolts delivery, I told Laurent , the hatchery manager, about the little salmon in the Cove. I showed him the above photos in the back of my camera. I told him the fish I'd seen were not quite as big as the ones in the pen, but getting close. He thinks they are chinooks , and that they are doing very well to be nearly as large as the hatchery reared ones. Those photos were from March 29, which is two weeks earlier ,when weeks and days matter a lot for growth and size.
The photo below is from last year's smolts delivery when I was able to get a close up shot in the pen. 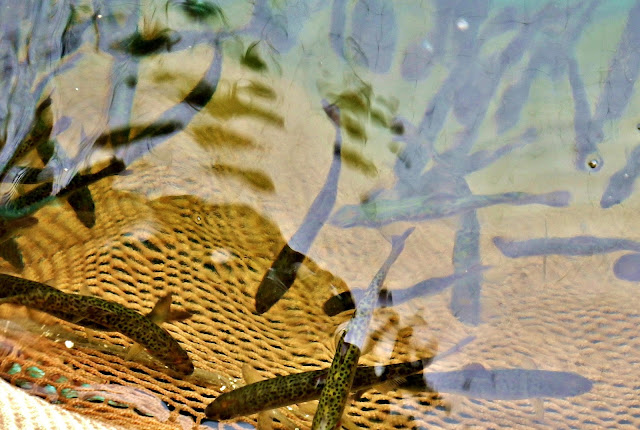