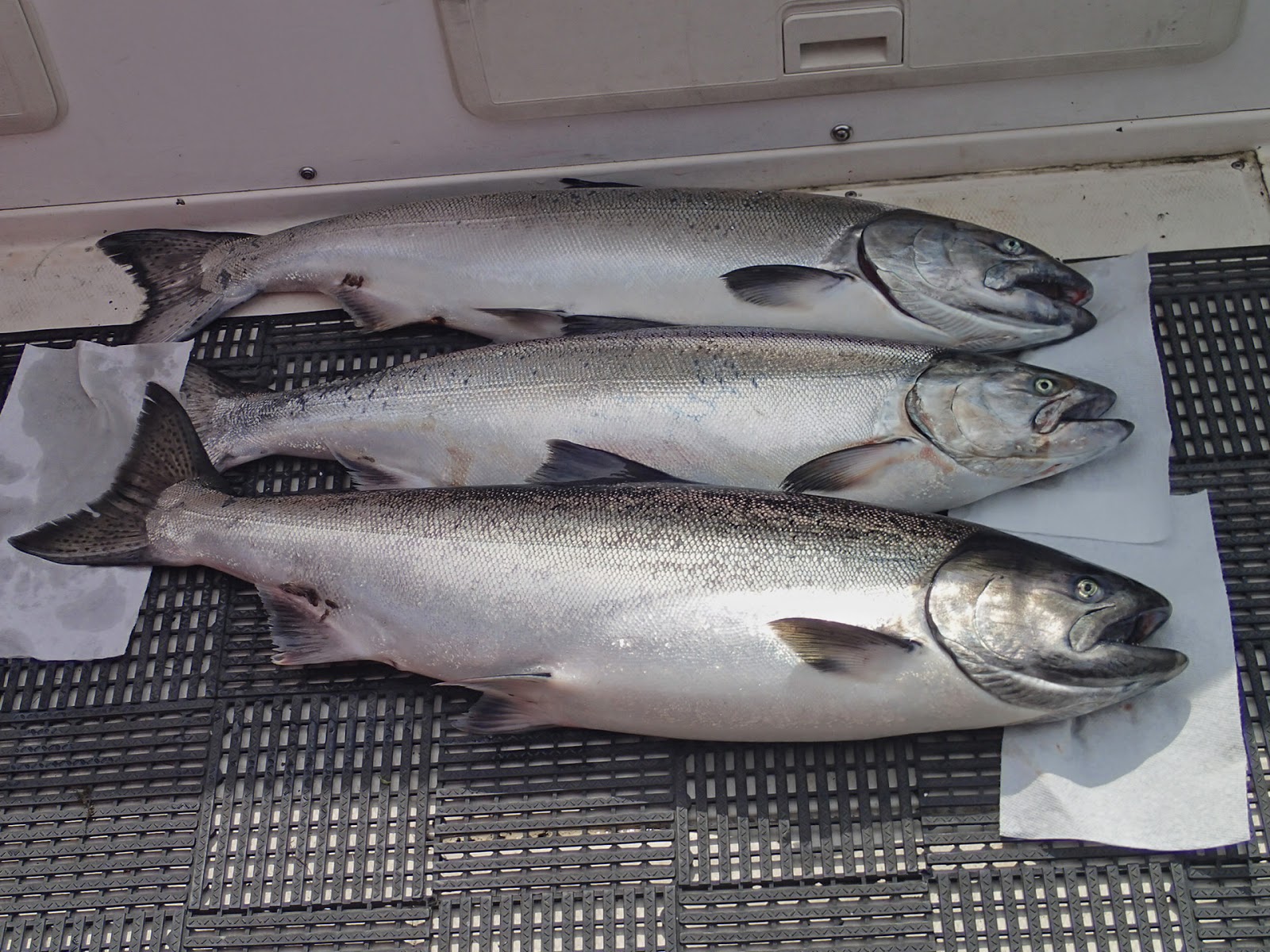 Here are three similar sized chinooks from a recent trip. We hope to help scientists learn which rivers they come from by taking tissue samples which will have their DNA extracted and analyzed by DFO biologists.
There are only a few guides who are doing this, but I am convinced this is important and I hope that all of my guests are willing, or eager, to put a little effort toward science.
We use a punch, like a paper punch, to remove a small sample and put it in a small vial, each numbered for identification. In the photo, you can see the hole punch on the tail. We also take samples from undersize fish, which is very important information, and for these live release fish, we take the sample just at the very trailing edge of the tail.
Within each salmon species, unique races return to their own home rivers, and often there are runs that overlap with their own timing. We catch and recognize some of these broad differences in salmon types. Speaking only of chinooks, a particular type that is talked about are a short-nosed variety that have been called " Columbias " because they look like their cousins which are a significant part of the Columbia River chinooks.  But the " Stubbies " that we catch here on the inside of Vancouver Island are almost always from the Fraser River's interior plateau, and related to their cousins from the other side of the mountain divide by their common history at the end of the last Ice Age.
The extreme examples of those " Stubbies " have obviously short noses, but also bodies that are much more tubular in shape than the vertically flattened deep bellied chinooks like the Campbell River chinooks, and they have little or no spots, particularly on the tail. The lack of spots of these chinooks can confuse new anglers who are reading the official identification guide which says that the spots are a way to distinguish chinooks from cohos. . We generally do not catch such fish among the feeding fish, but do hook them in the "Straits" on their homeward migration route.
The nearest fish in the photo has a somewhat "Stubby" face, with the short round mouth, but it's body is otherwise much like the other two. So here is an example of a middle type. Fascinating, I think. I hope we will be able to learn where these fish come from.