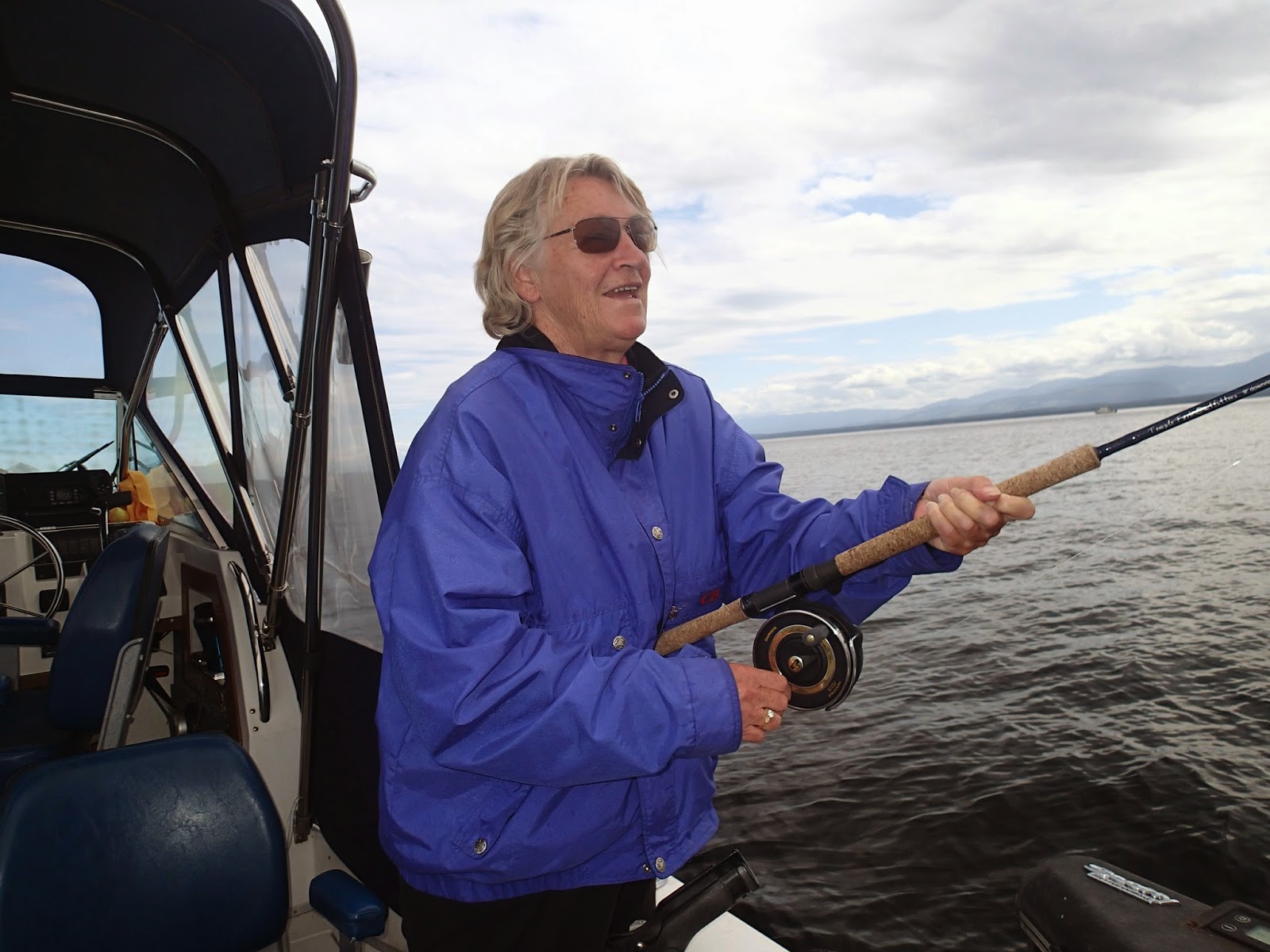 Ursula phoned me from her vacation rental house.  "Can you take me fishing for a few hours ?" Well, I explained, my normal minimum is 5 hours but.......we kept talking. " I am getting older and I have a sprained knee and I'm feeling a bit fragile. "  We made an arrangement and I further agreed to postpone if the wind came up. I assured her we could fish in nice conditions. So , Ursula's request was quite simple: take her fishing with her daughter in nice sea conditions, no wind or rain, catch a salmon or two and stay out only two or three hours. Oh, and not early in the morning. Hmm, there's a challenge.
Well, we did postpone due to weather. And on the evening of her trip I phoned her again. I asked if she would mind going out late in the afternoon so I could fit in another fishing party , in order to fill in for a guiding friend whose boat had broken down. She agreed, on my assurance that it was not a less favourable time. 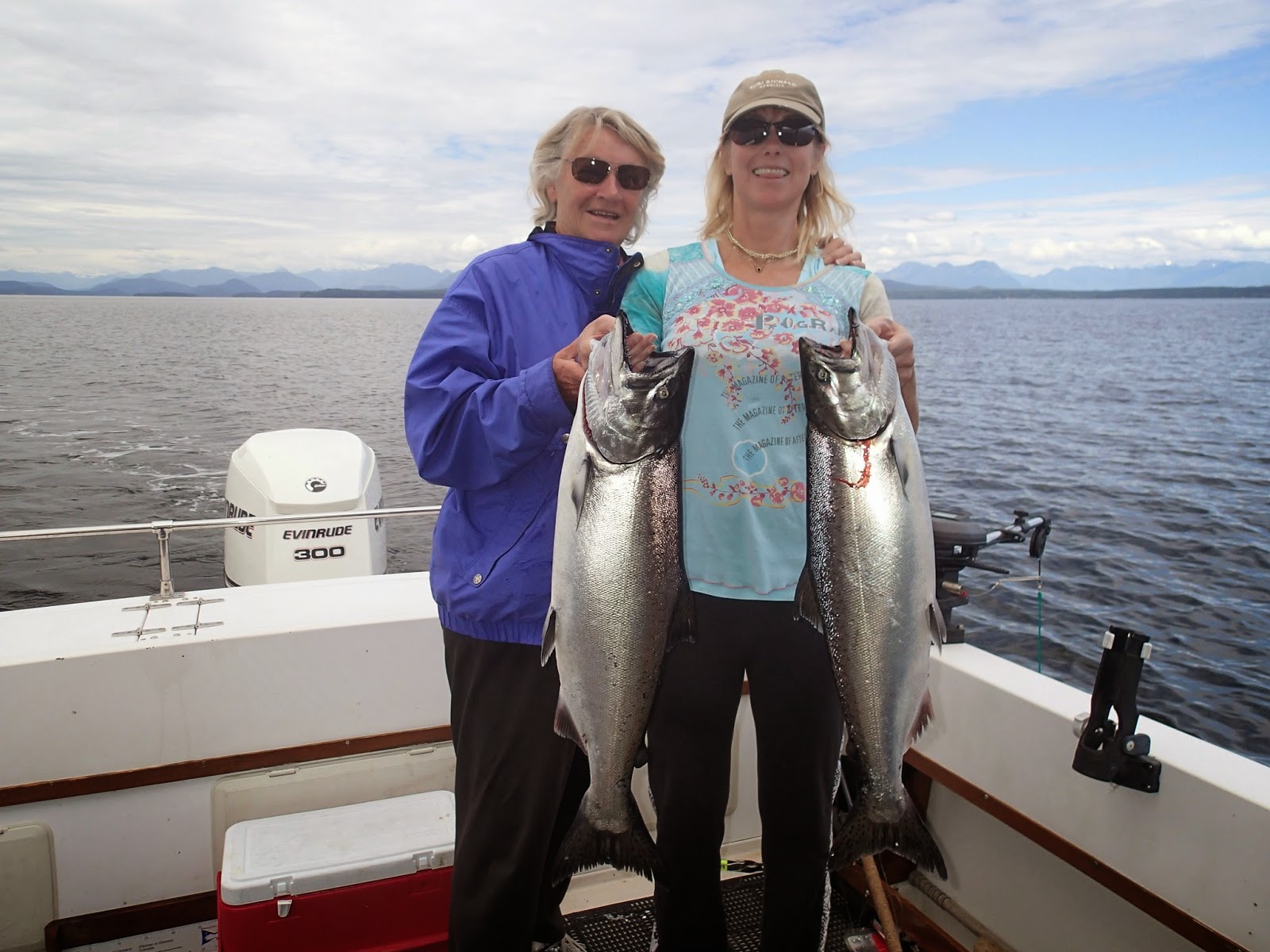 So we went out at 3 pm. Ursula's first salmon was a coho that we had to release, but it was an exciting practice fish. After an hour and a half or so, she caught a nice chinook, followed by Angela's shortly after. No more bites for quite a while, and so I trolled a fishing route toward home. We picked up one more at almost the three hour mark. Ursula said a lot of enthusiastic things about the thrill of fishing but that was enough and we came in.
I hope she'll want to do this again in another year, but she might have high expectations to meet on the next challenge ! 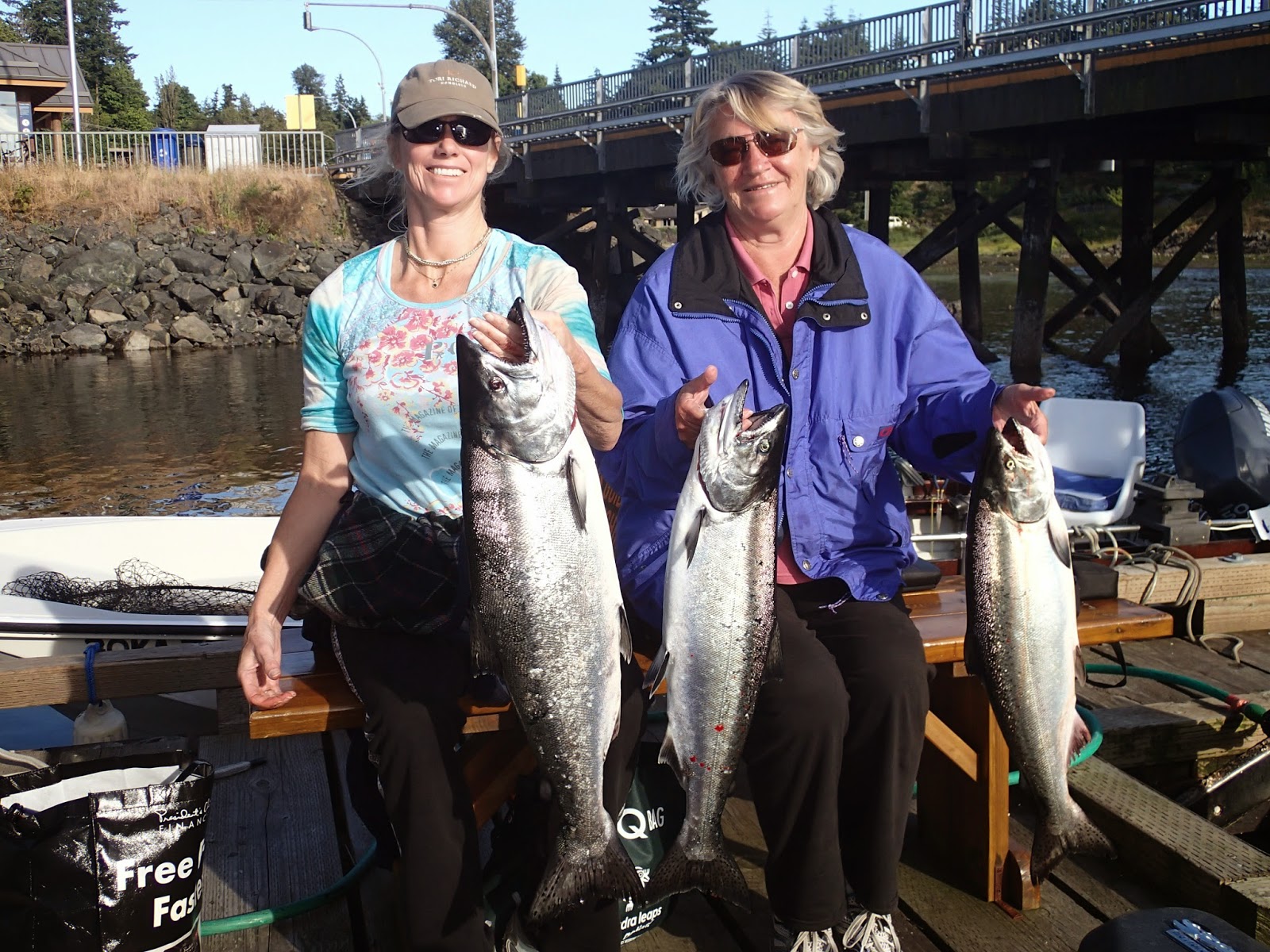