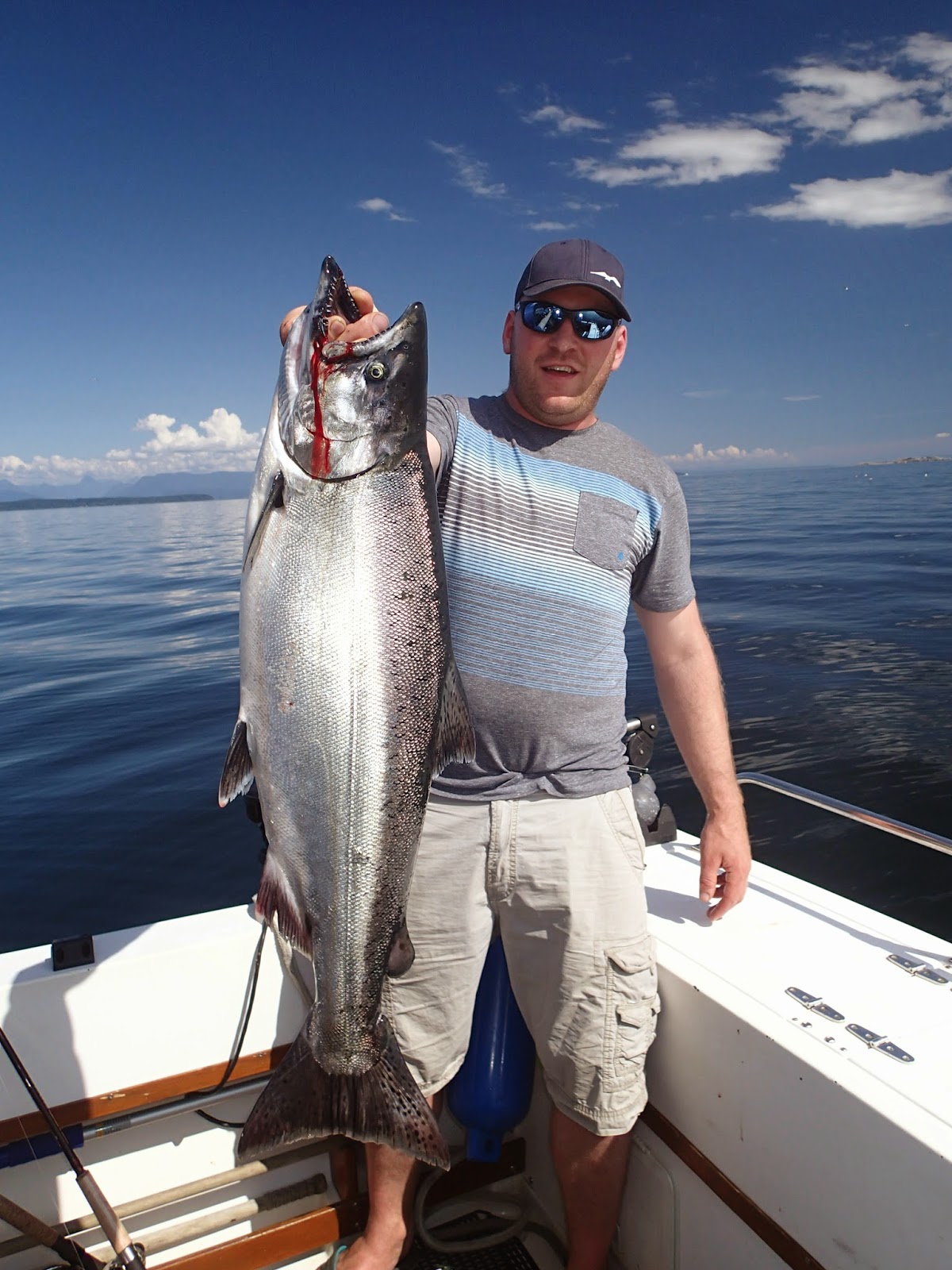 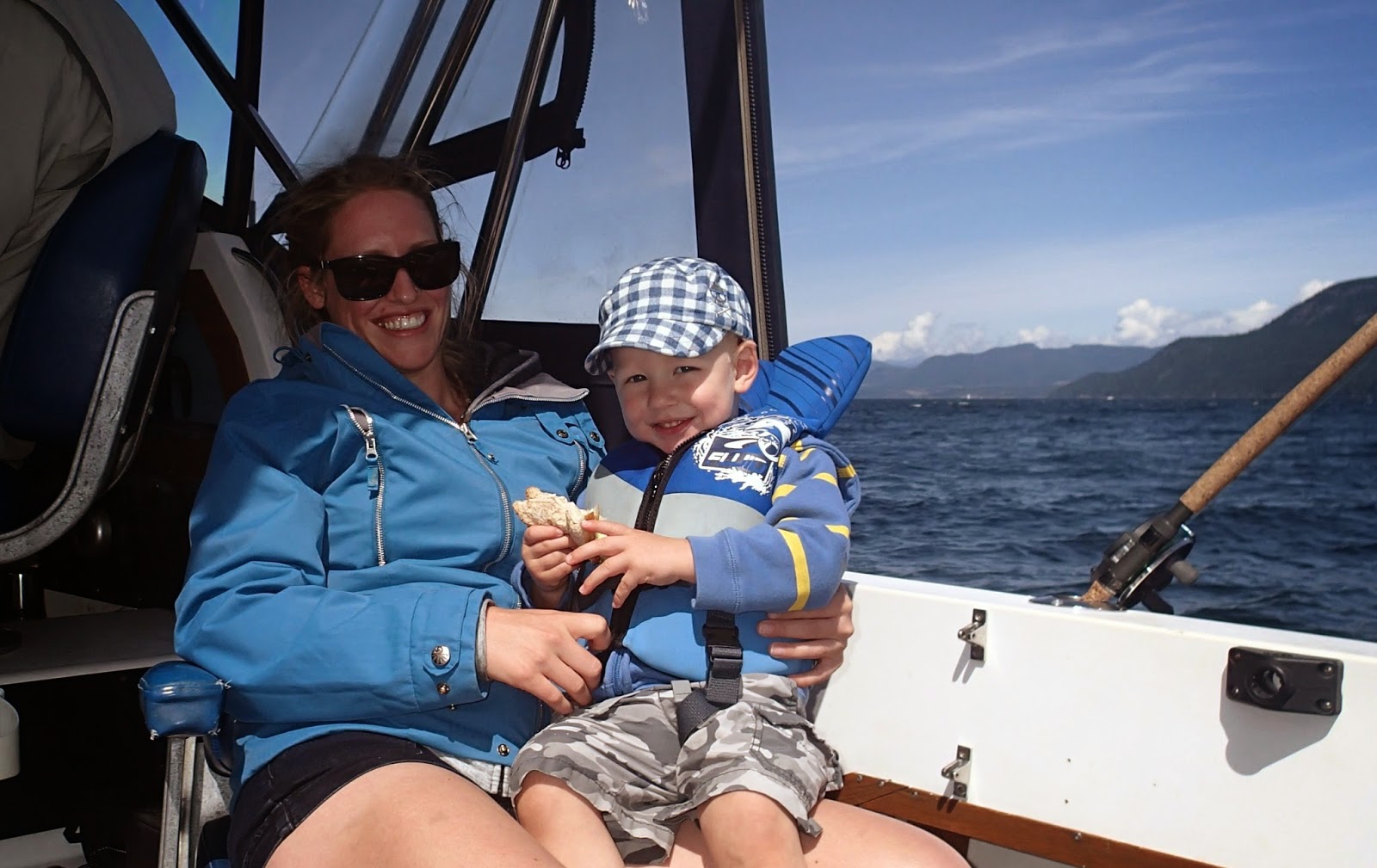 Zachary is a very keen angler. He and Michelle and youngster Hugh came out from Alberta. He has fished a lot, in a variety of places. Fishing was generally good to excellent over the three days ( and I didn't take enough photos ).

Day 1. We started on the afternoon of the day of arrival, off of the south end of Quadra Island.  It was just Zak and me, on a lovely calm afternoon. Schools of herring , large size herring, were up on top of the shelf in shallow water. Gulls and murres pointed the way. We fished with simple sporting tackle, plugs and spoons and kept Zak BUSY !  Lots of bites. He kept two chinooks and two coho, which is his limit, and in between released a chinook and several coho. We took biosamples of all.

On Day 2. This trip is planned to be flexible, depending on how Hugh reacts in the boat. We went north of the narrows with the idea that, if needed, we could take a break at Brown's Bay Marina.  We boated three sockeyes and two pinks before crossing over to the west side to try for a big chinook. Hugh was just fine, fun to be around, and not too fussy, considering he still is the centre of the universe. No big chinooks grabbed on, and with the wind coming up, we came back in the early afternoon.

Day 3. Just Zak and me again  today, with a start time after 10 am so Zak could take care of some things. We couldn't find a concentration of fish in the shallows this time, but with the downriggers just off the shelf , we found fish. Zak kept a wild coho, a hatchery marked coho, and a chinook.  And I got to fish too, keeping a wild coho and a hatchery coho.  We released an undersize chinook, and took tissue samples from all the fish, and tagged the heads of the hatchery cohos, which I took to the depot later.

See you next year, everyone !