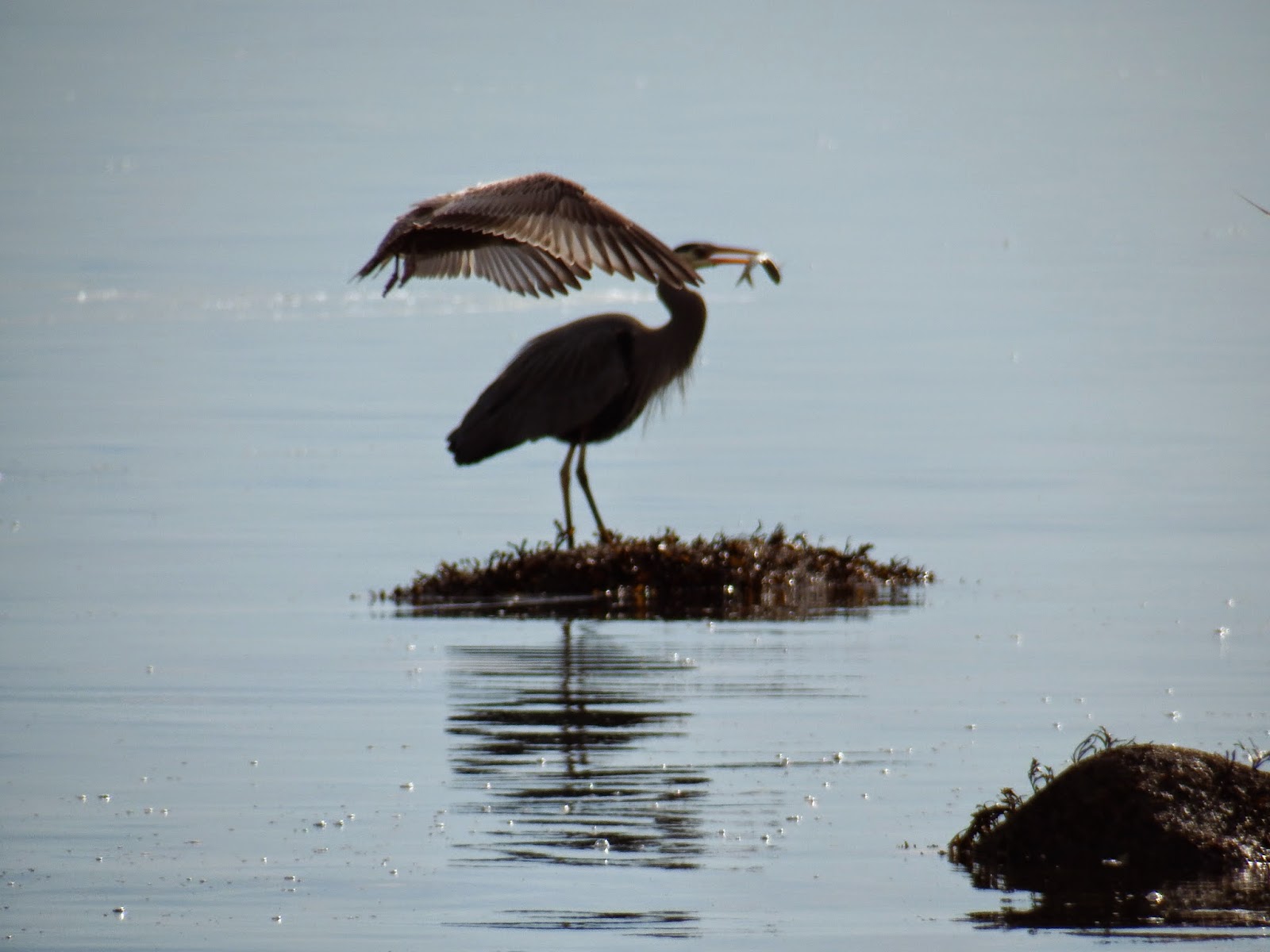 A Blue Heron with a large spawner herring. A gull swoops by on the chance of more.

Herring spawned again on the south west side of Quadra Island for the first time in fifteen years.
Many things come for the herring. The herring spawned here over the last two or more days, somewhat later than the big mass further south. There was a distinct milky band along the shore, faded now. There are herring still in the shallows, you can see subtle surface marks in some of these photos. All the predators seem stuffed and mostly just lazily hanging around with an eye out for something especially easy.

This is the calm after the spawning storm. 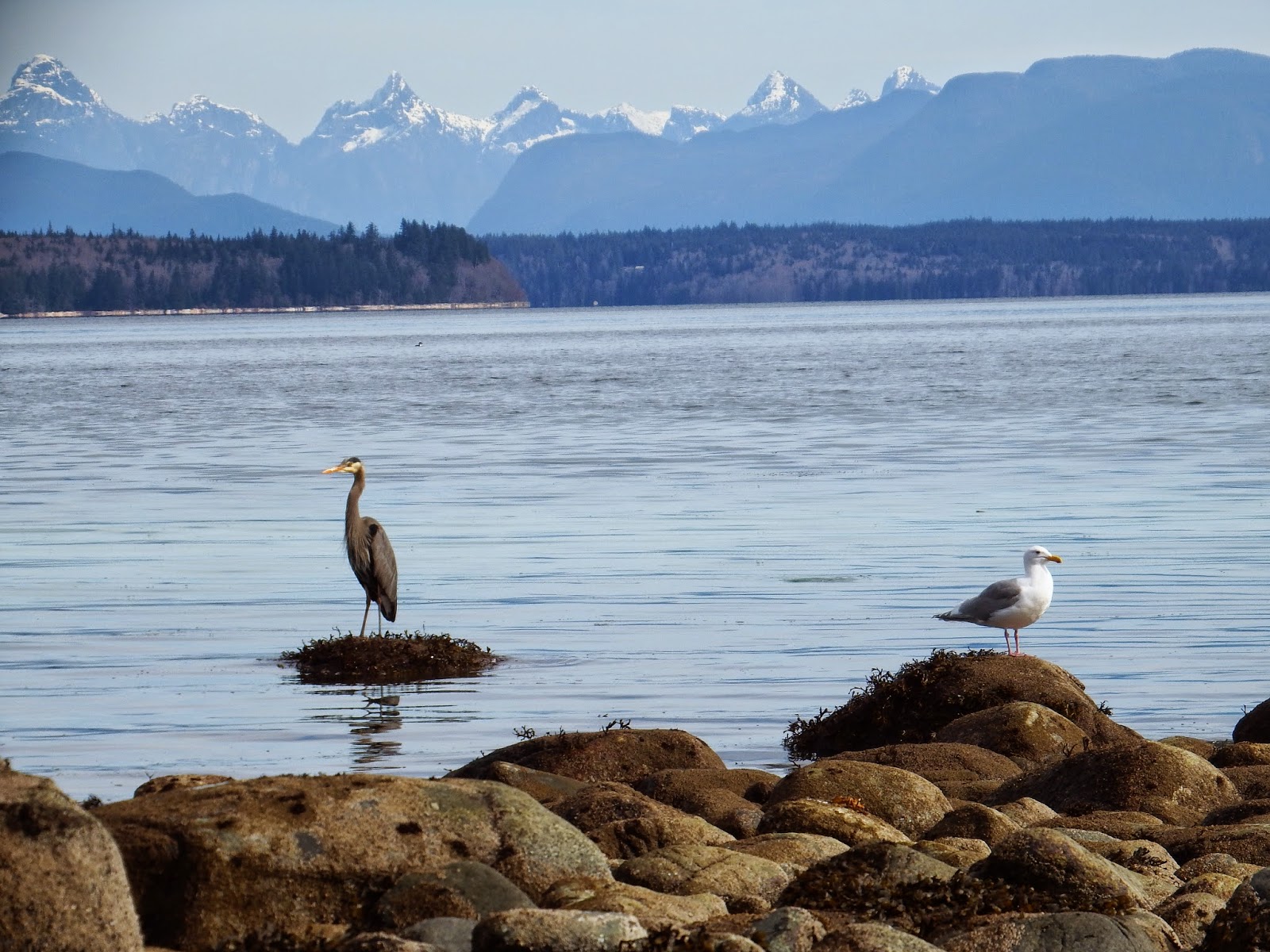 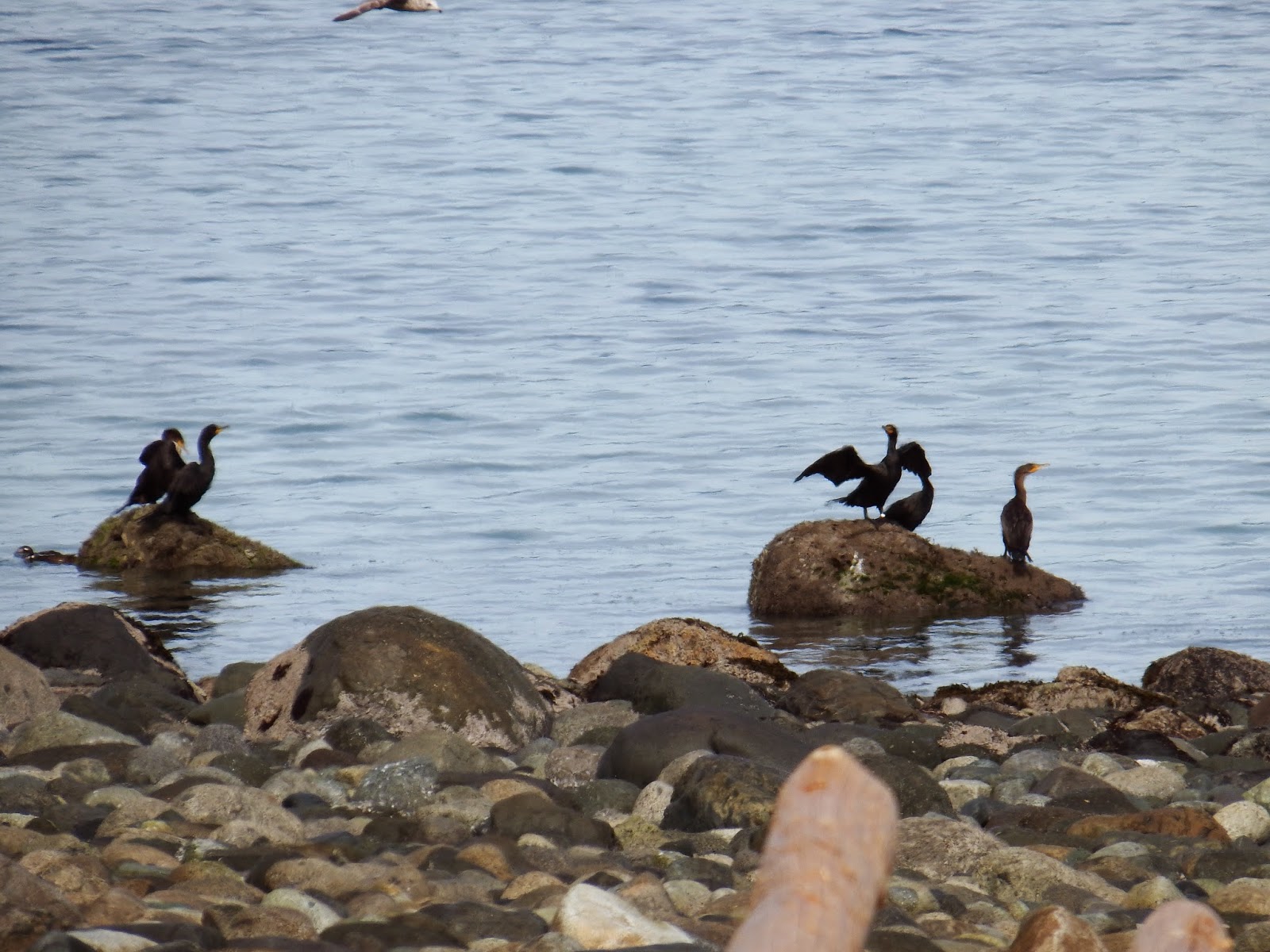 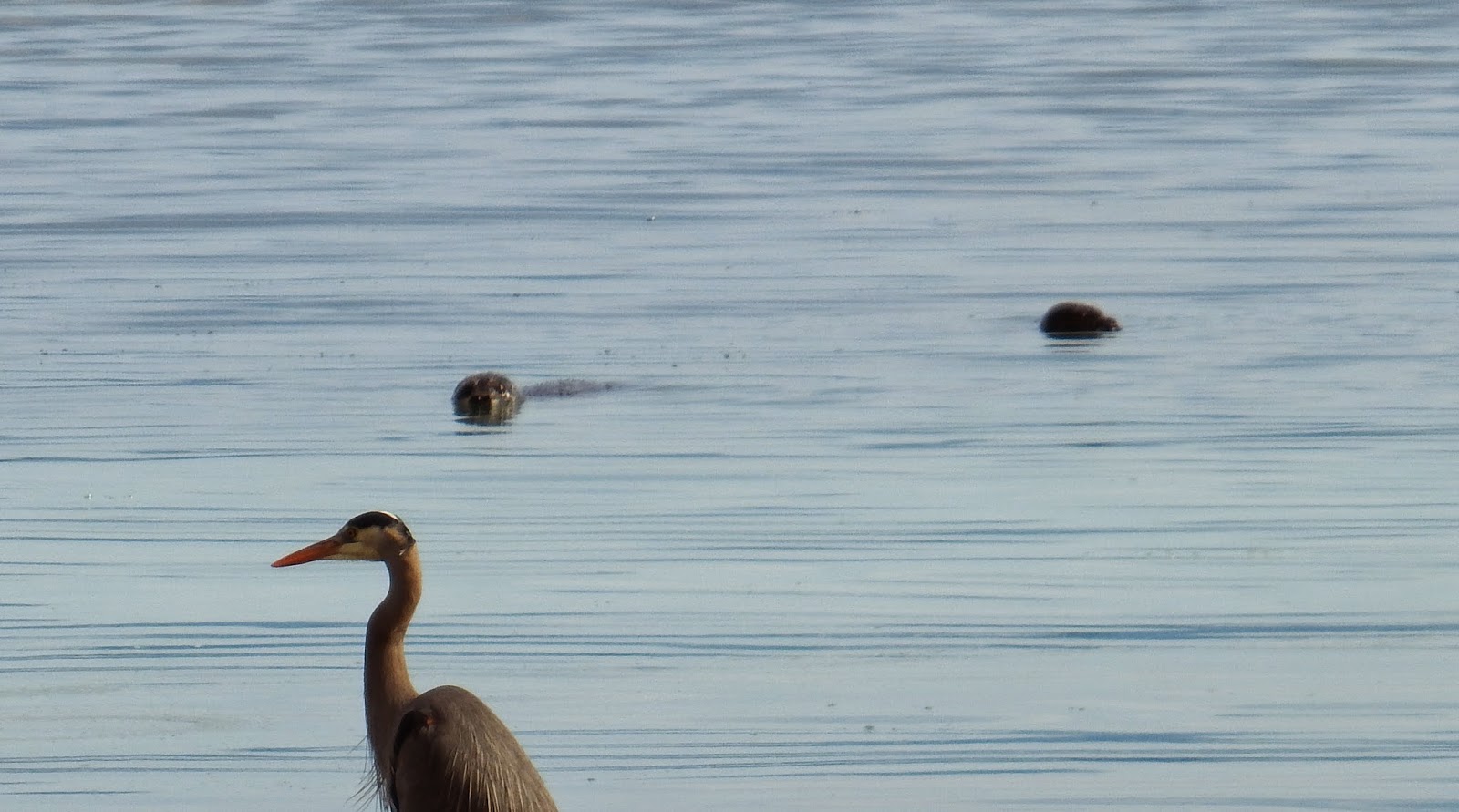 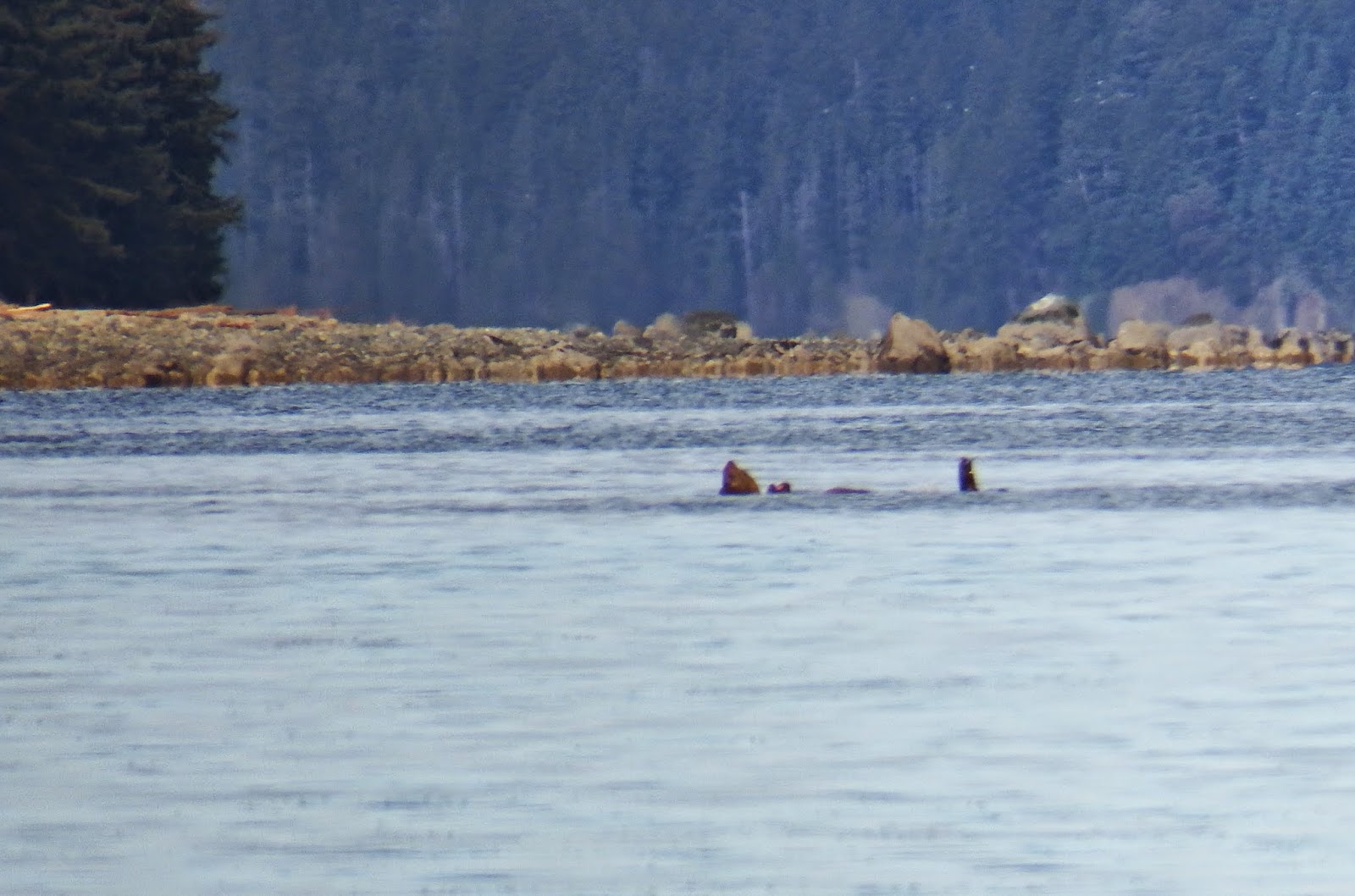 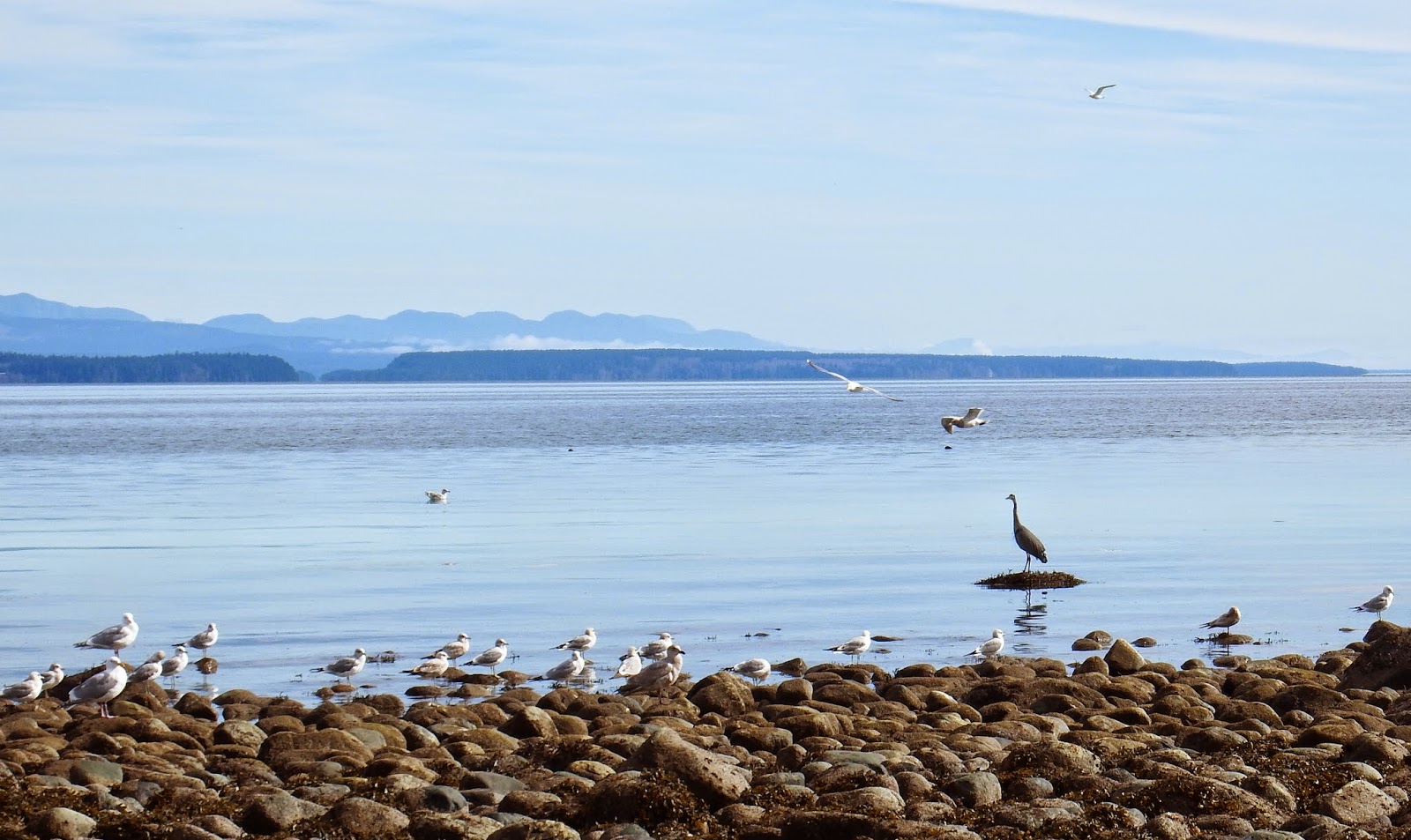 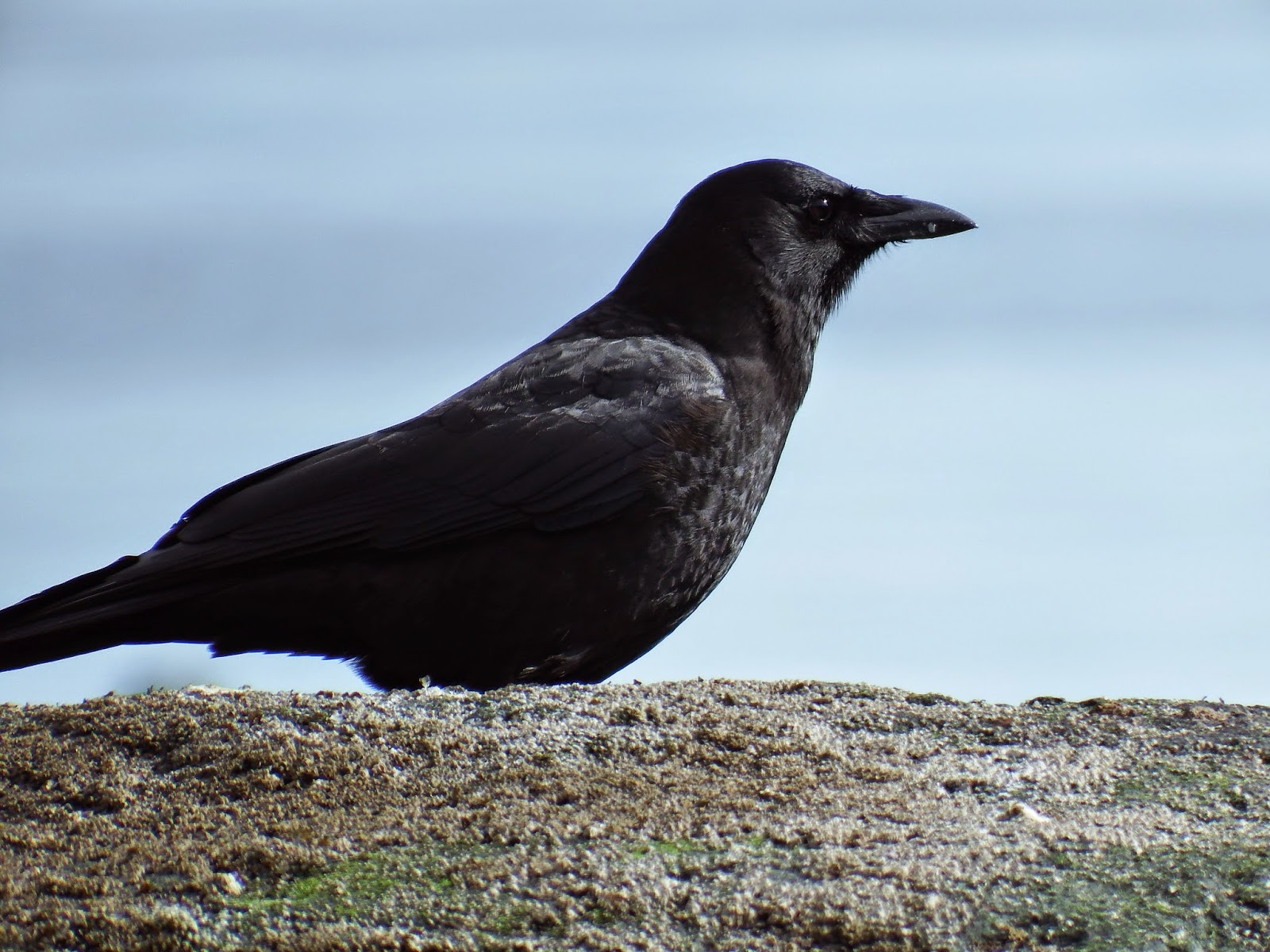