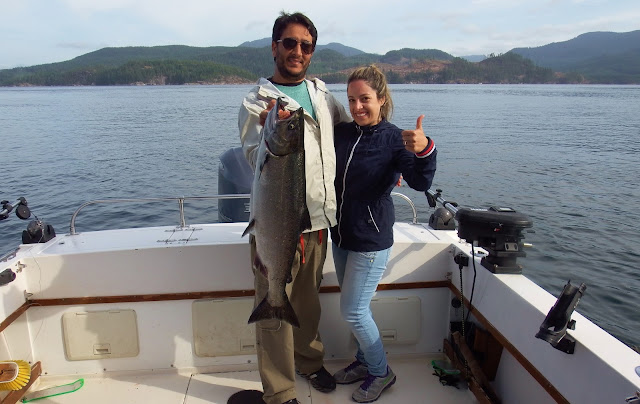 Alexandre and Manuella are from Brazil , and having a wonderful time exploring western Canada on their own.  They did have a little trouble getting their fishing licenses the day before, so I drove over by car, and picked them up at their hotel in time to be at River Sportsman store when it opened at 7 am. Alexandre's English is pretty fair , and Manuella doesn't try to speak often, but she hears and understands quite well.  I don't speak Spanish at all, and yet everything worked out very well.

We travelled up the Straits and  soon after arriving we saw Pacific White-Sided Dolphins. 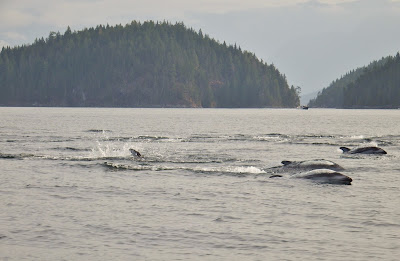 We heard a report on the radio from another fishing guide saying there were Orcas coming.  We changed our location but couldn't see any sign so we settled in to fish , and caught a nice chinook in a lucky short time. Exciting !
Then the whales came. Orcas. Boy did they come.  At the end of the day the experts said there were forty .
We watched many Orcas come by, and then left the group of wild life tour boats that were floating in the general area.   We headed into Nodales Channel to get some fishing in before the whales would come and stir the fish around, and of course eat some.  When we were fishing some of the whales came right past us.  Not good for fishing, but what show. 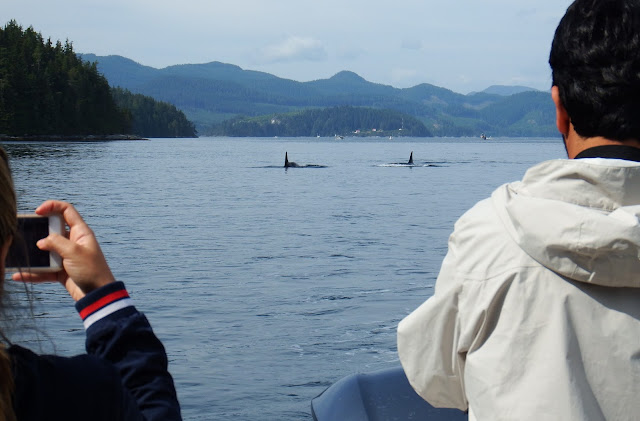 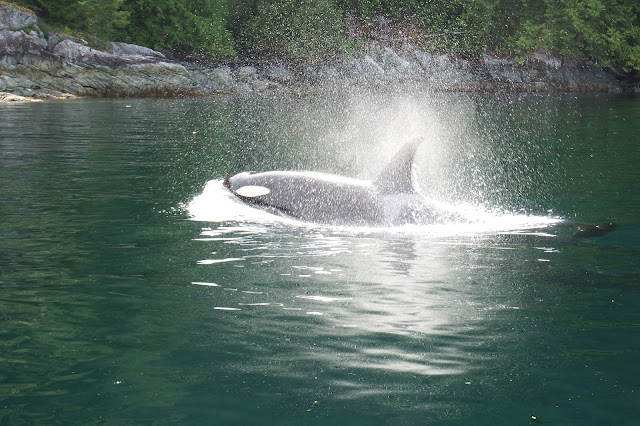 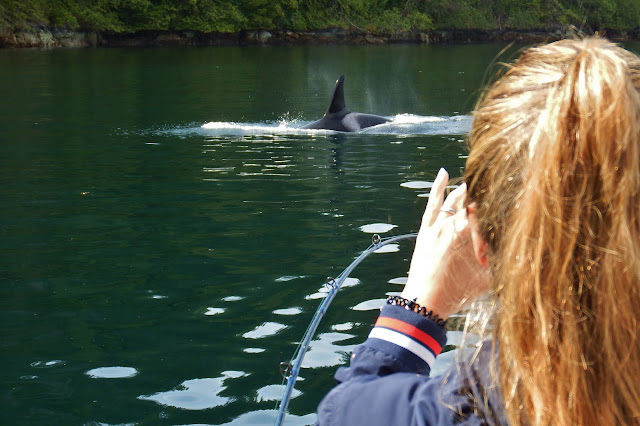 We had no more bites there. When we moved up the coast a while later we found the whales had turned around already and were on their way back out. It is hard to get a photo that captures the scene of large numbers of orcas spread out , yet relatively near.  So many it was hard to safely find a course out.
We fished again back in the Strait and released a nice one.

On the way back , the black bear was on is beach again, rolling rocks. 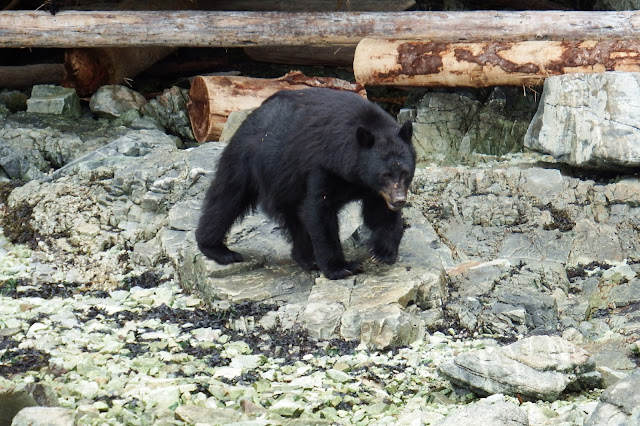 What a great day for this couple from Brazil !