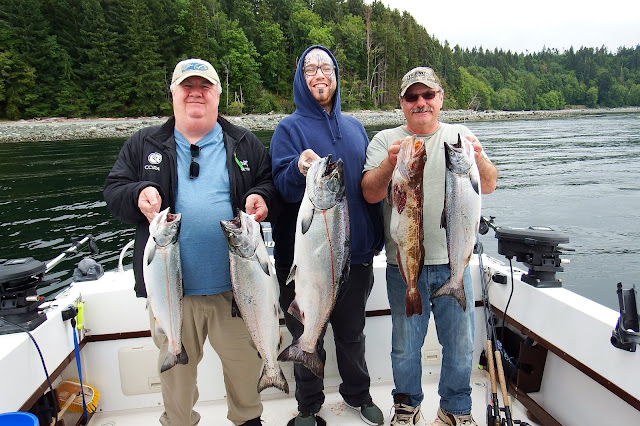 Gary came from Edmonton to join Don and  Andrew for great fishing and cool show today.
It started with seeing a humpback whale, and then a close-up of schools of large herring feeding in shallow water, bubbling and frothing the surface . One of those herring got snagged on one of the lures and I later measured it at eight inches.  Later when we cleaned the fish , the chinooks had similar sized big herring in their stomachs, and two of them were so stuffed it just seemed impossible that the salmon could squeeze another herring in.
Without getting to much into specifics, the fellows caught three chinooks, and released several keepers including one that measured the same as the biggest we kept.  Also , there were several cohos including a hatchery coho to keep . 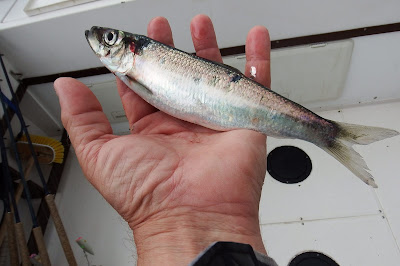 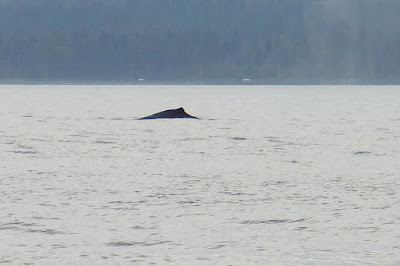 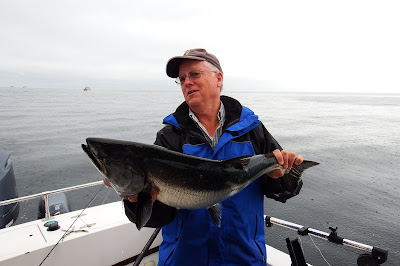 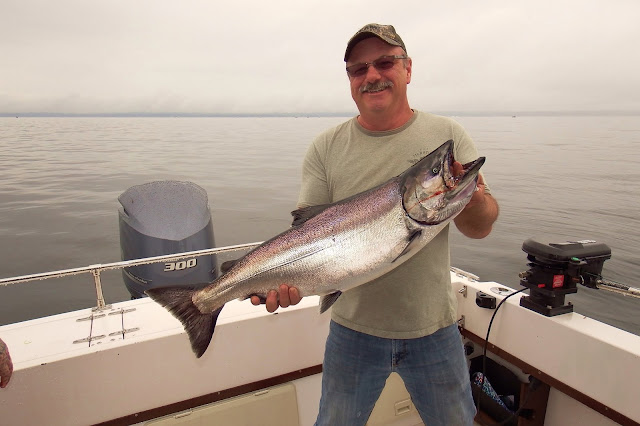