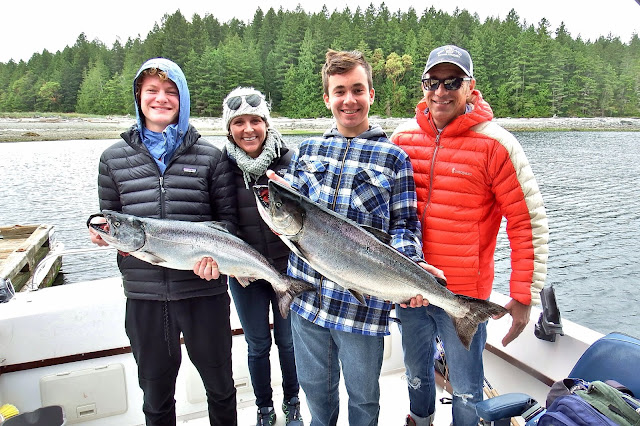 It was a day for exploring and fishing from "Super Island" with Stephanie and Jason , and teenagers Jack and Brody. Everyone joined in to make a great time.
There is  more than one family at the "camp" , and this crew was selected to go together because they are thought to be the keenest to stay out longer.  Well , they certainly proved their worth as we went for hours , trying several spots, and going further, before we got the first bite. Thank you for your terrific attitudes and patience ! Then it was game on . Jason did a lot of the steering when the fishing end of the boat got busy .  We released several smaller fish and Stephanie helped with taking tissue samples and sticking the bit in the book. The lads did most of the catching, but, hey, someone has to do it.  The fish had lunch at noon, and then we brought them back for dinners. 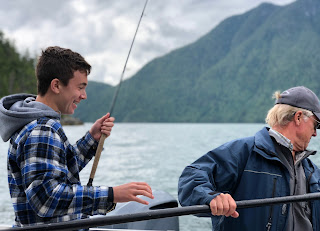 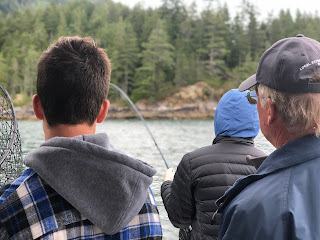 Thanks Stephanie, for the extra pictures.