The forecast for salmon fishing hereabouts is good, good, and good.

Chinooks. The official agencies are predicting good returns to most river systems. The proof already is in the pudding. Here, around Campbell River, we've had very good winter fishing. Basically, there is food around for salmon, A lot of large herring stayed around all last summer , into fall , and winter. Winter fishing was excellent. In early March herring congregates for a mass spawning and fishing patterns get scrambled for a short while. On those few occasions when the fish weren't right close by on the doorstep ,very good fishing has been within range for a day trip. So, in theory, chinook fishing is good, and in practice it is proving to be good. Past patterns indicate it only gets better as migrating fish come in and have dinner with the locals. 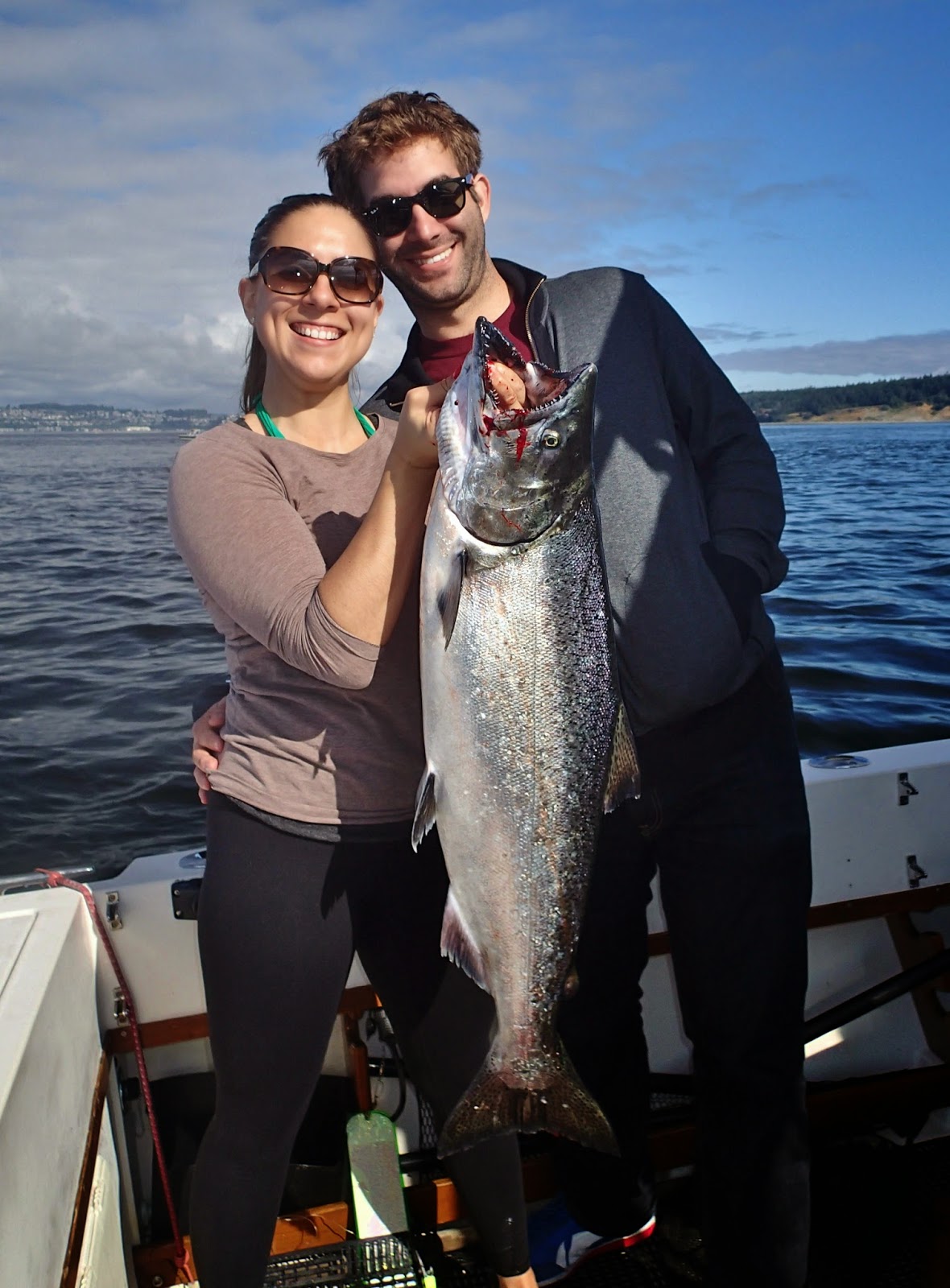 Cohos. There is a science research ship that does a survey in September in Georgia Strait with a trawl net. The numbers of juvenile cohos that are caught in September correlates well with the population of cohos that will spend the following summer inside Georgia Strait.  That test has good results. Also, I think it looks likely that we will have a catch limit like last year in which one of your two cohos can be a wild one. The juvenile coho and the herring are feeding at a similar level on the food chain and it just looks like there is good nutrition in the Georgia Strait soup. 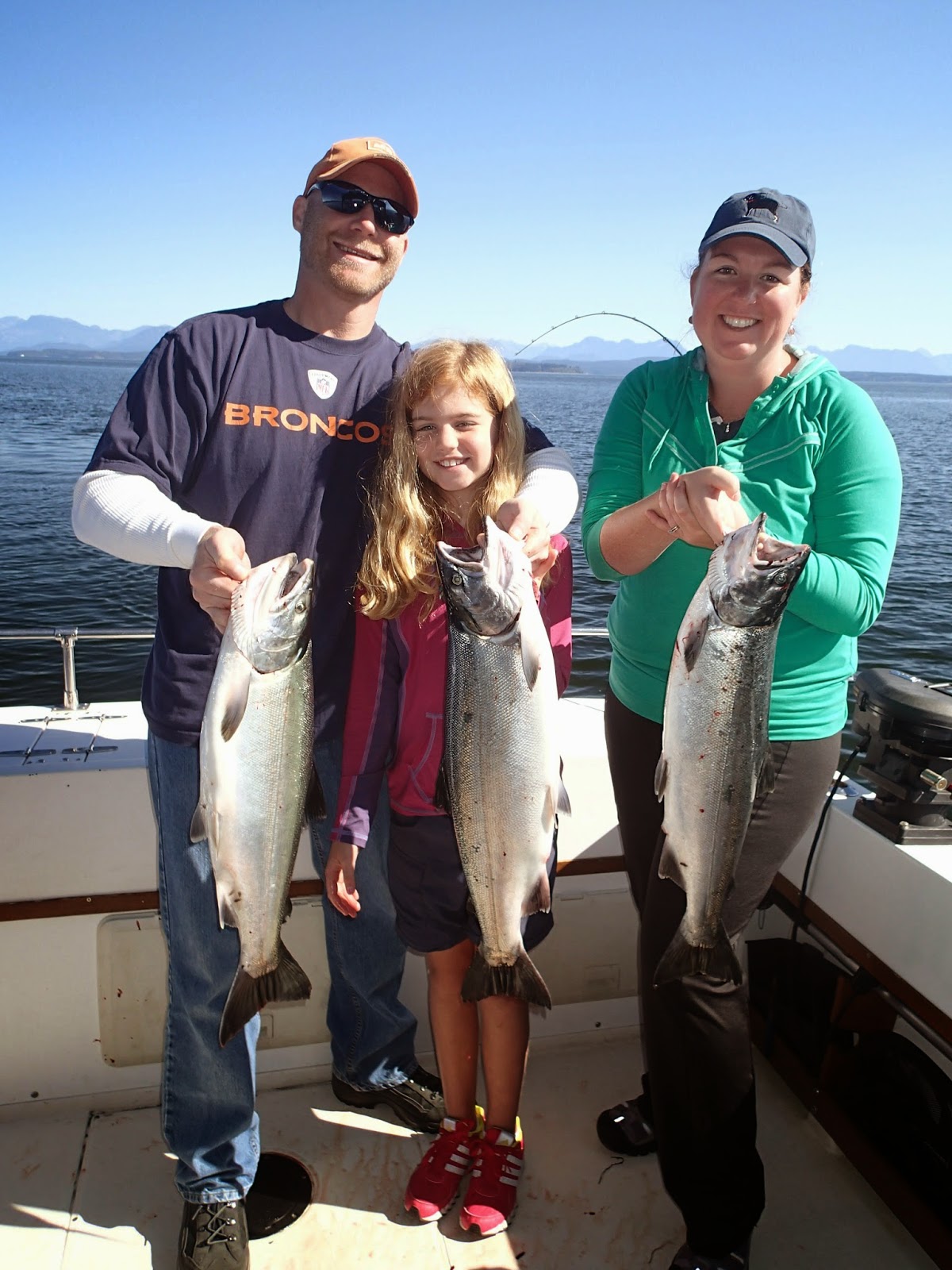 Pinks. This is the year for the Fraser River pink salmon run . Pinks are very strong in odd years as the migrate past us. These are the smallest but by far the most plentiful of the salmon. They are growing out at sea and come by in mid to late summer. This is great fishing for anybody, but especially for families. Lots of action. 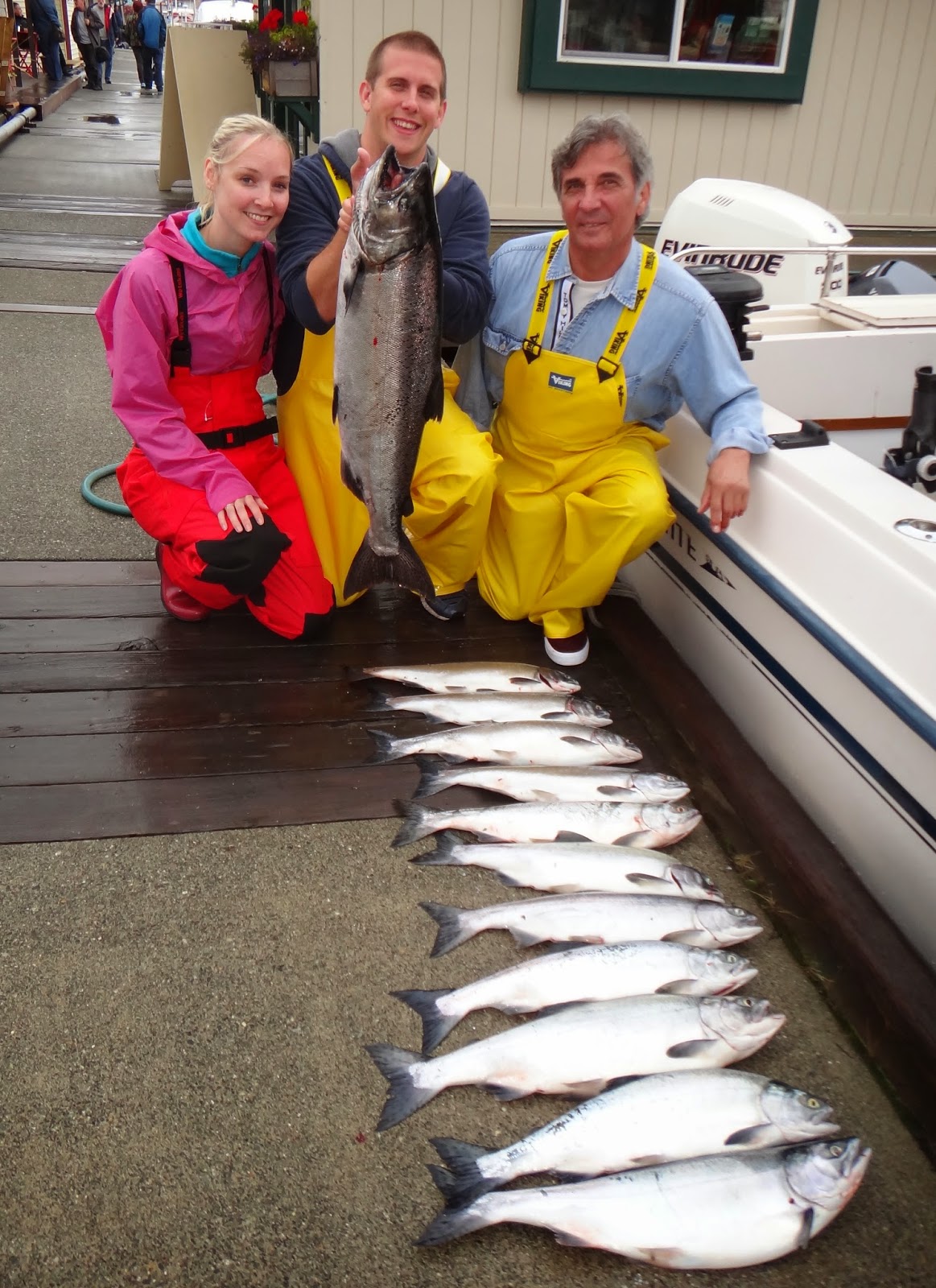 Sockeyes vary a lot from year to year, last year was good, and we won't count on them this year, but there could be a mid-season announcement as the fish come in.

Chum salmon. Chums migrate last of the salmon, coming at the end of September and through October and later. This years. run is  expected to be better than last. These fish are terrific fighters..