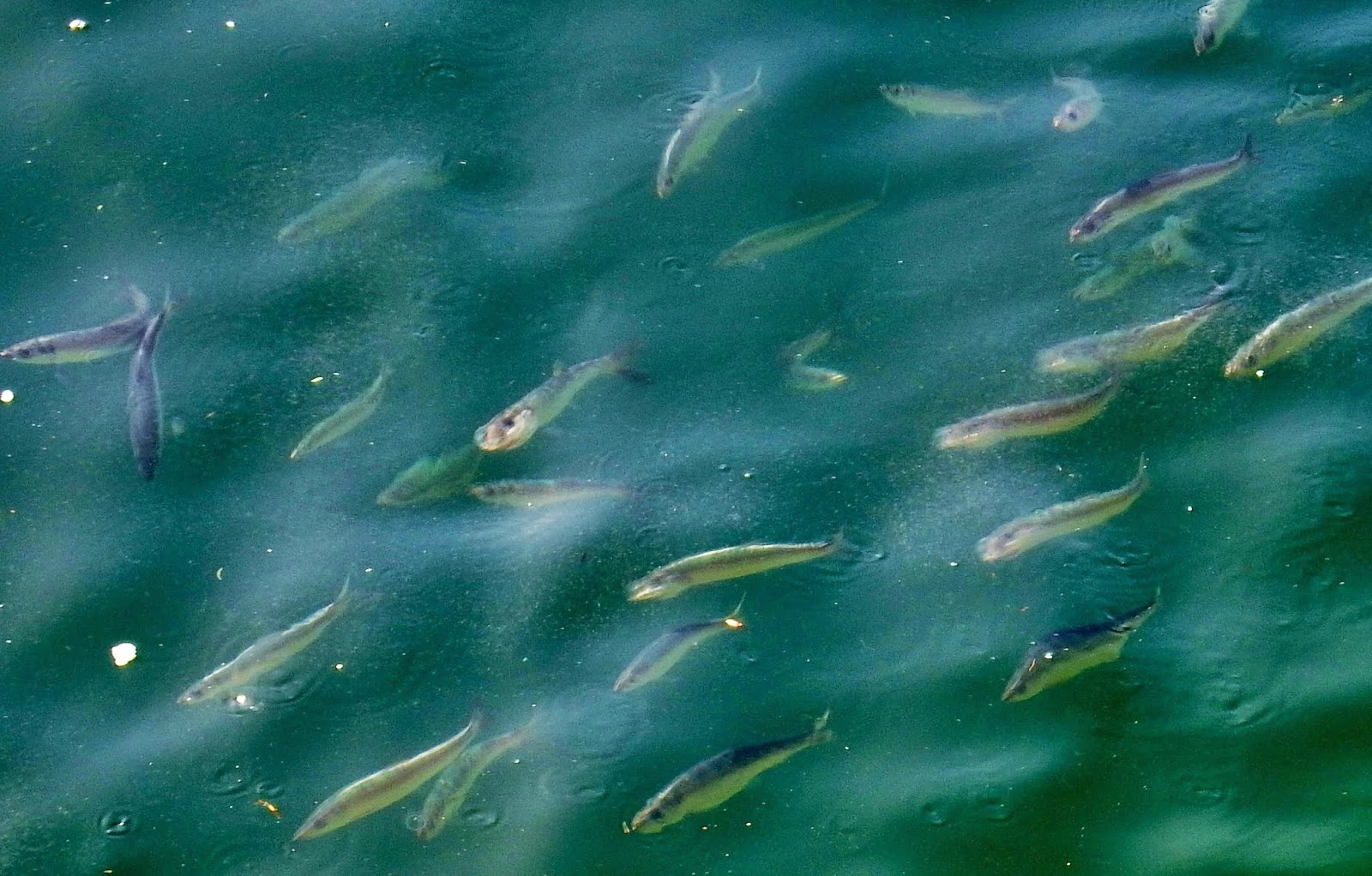 There was a wonderful surface show of herring in the Cove again today. First I noticed a few eagles and then more, lots more eagles. I kept an eye out, and then , at the end of the ebb, about 3pm, herring marked the surface at the base of a mossy rock bluff where I could get above them .   I found a ledge above the herring and below the eagles. 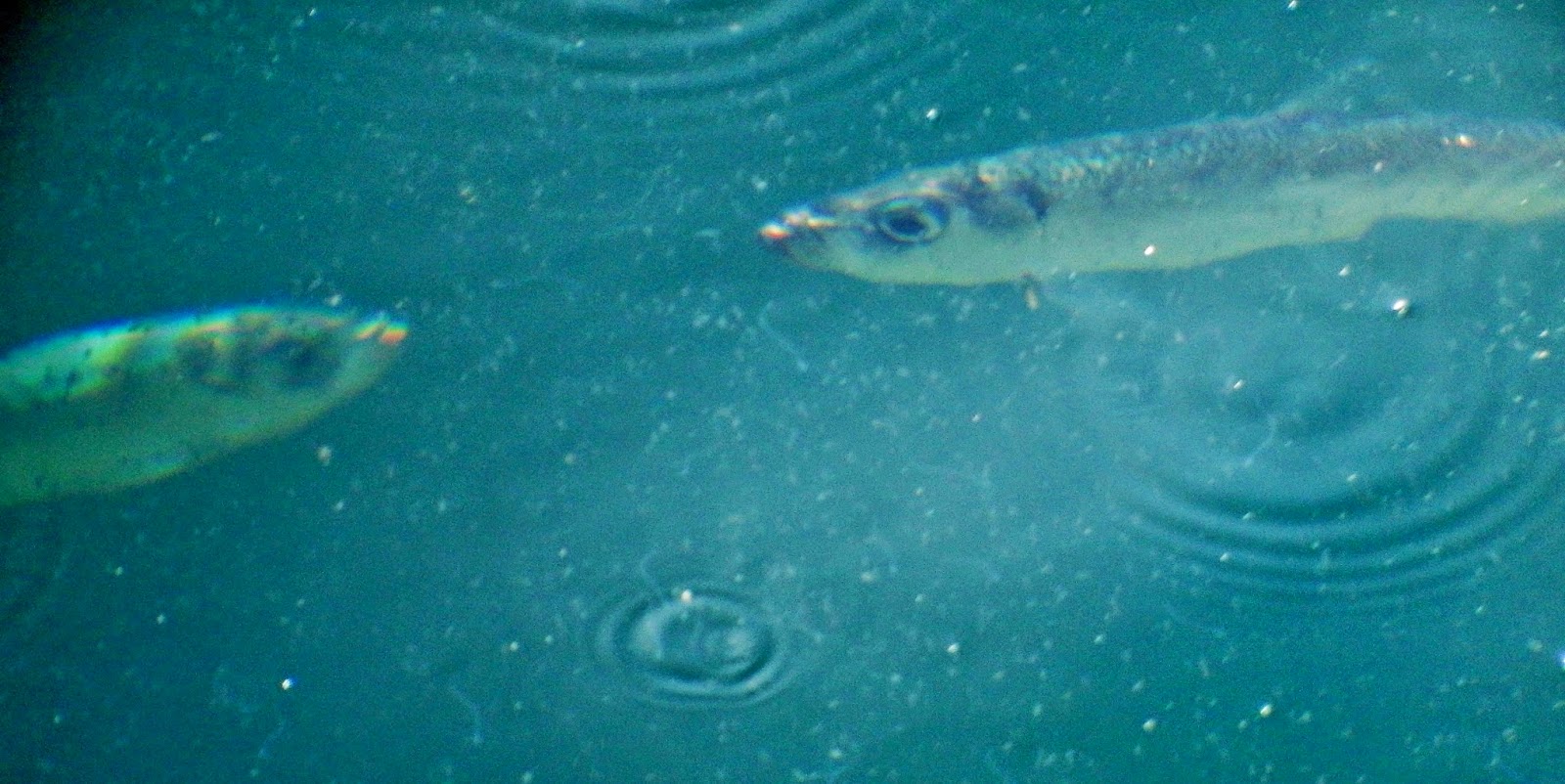 This time the herring are eating something other than euphausiids.  There is a variety of small stuff, but I think they are targeting the white wiggly thin things with the  bigger heads that look like sperm cells. Sometimes a  school of herring would rush forward, all with their mouths open, and a few skimming right off of the surface. Then they would turn back again. 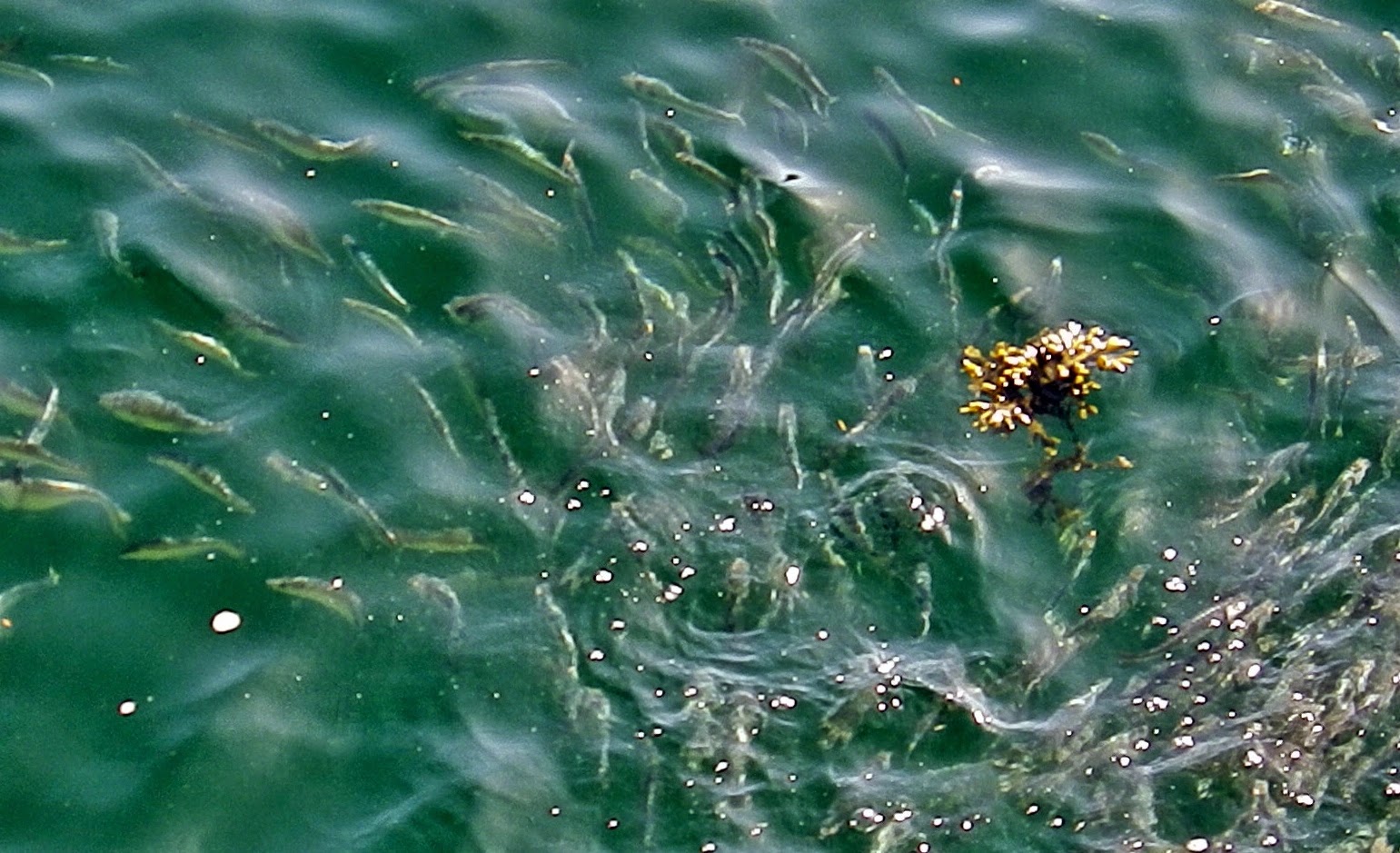 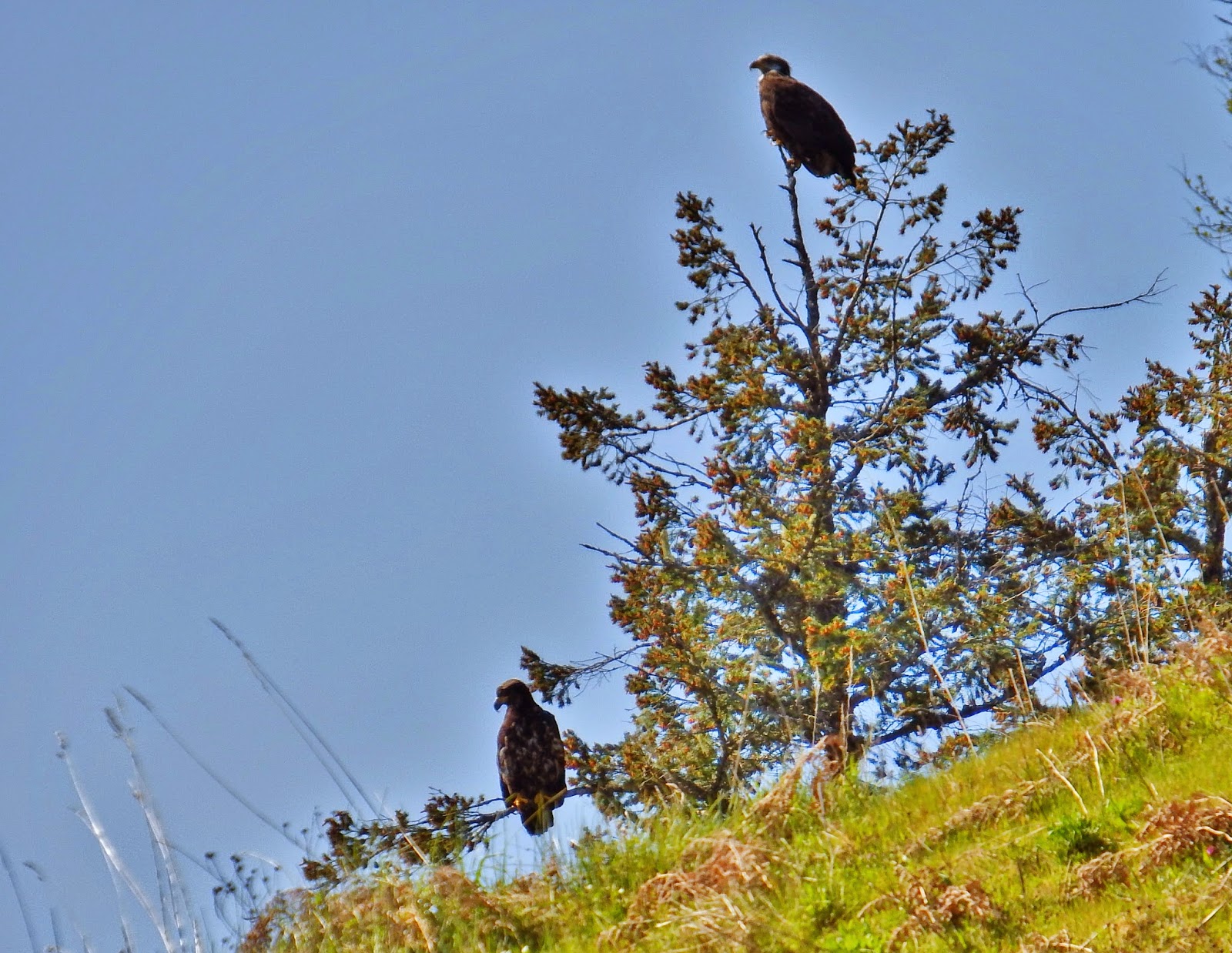 These eagles include a majority of adolescent eagles which are marked by their motley colours , in contrast to the regular adult resident pairs which have the white heads and dark bodies of mature eagles. 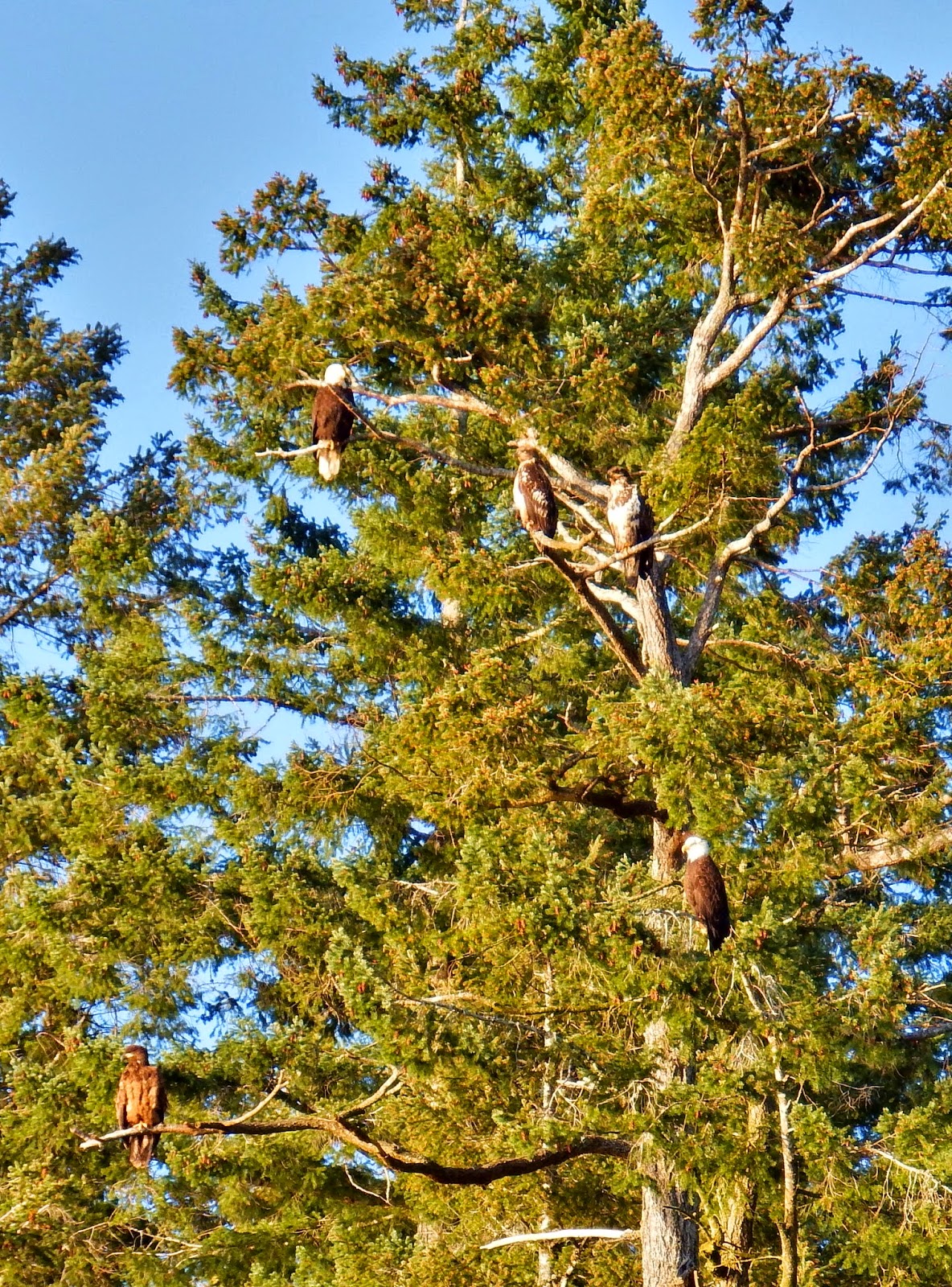 There are twenty or so eagles generally hanging around the Cove. The young ones camouflage well in the trees. I wonder where they were since the last time they congregated here in large numbers , back in early April.  And are these different birds ? They certainly mark the herring . 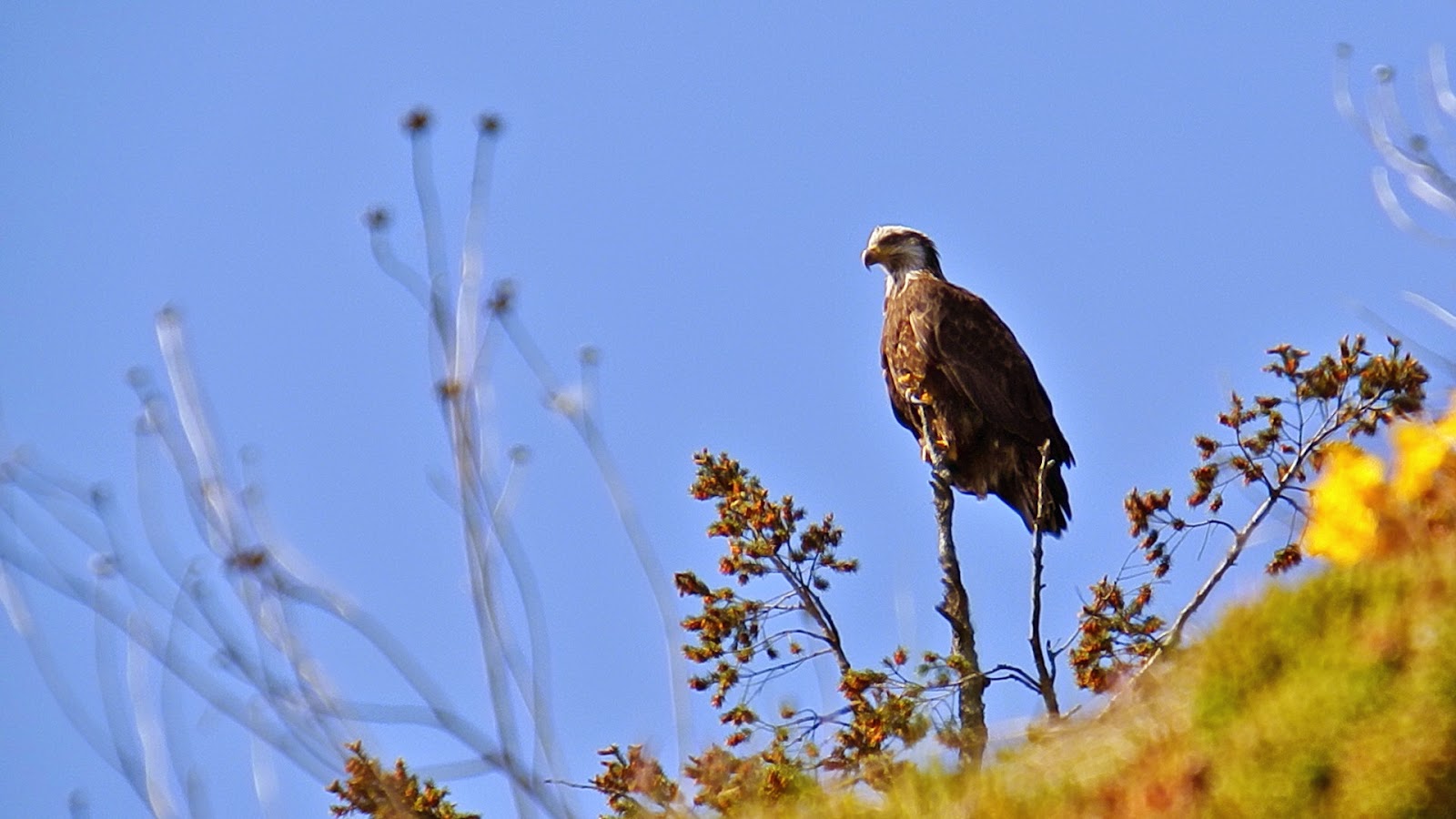 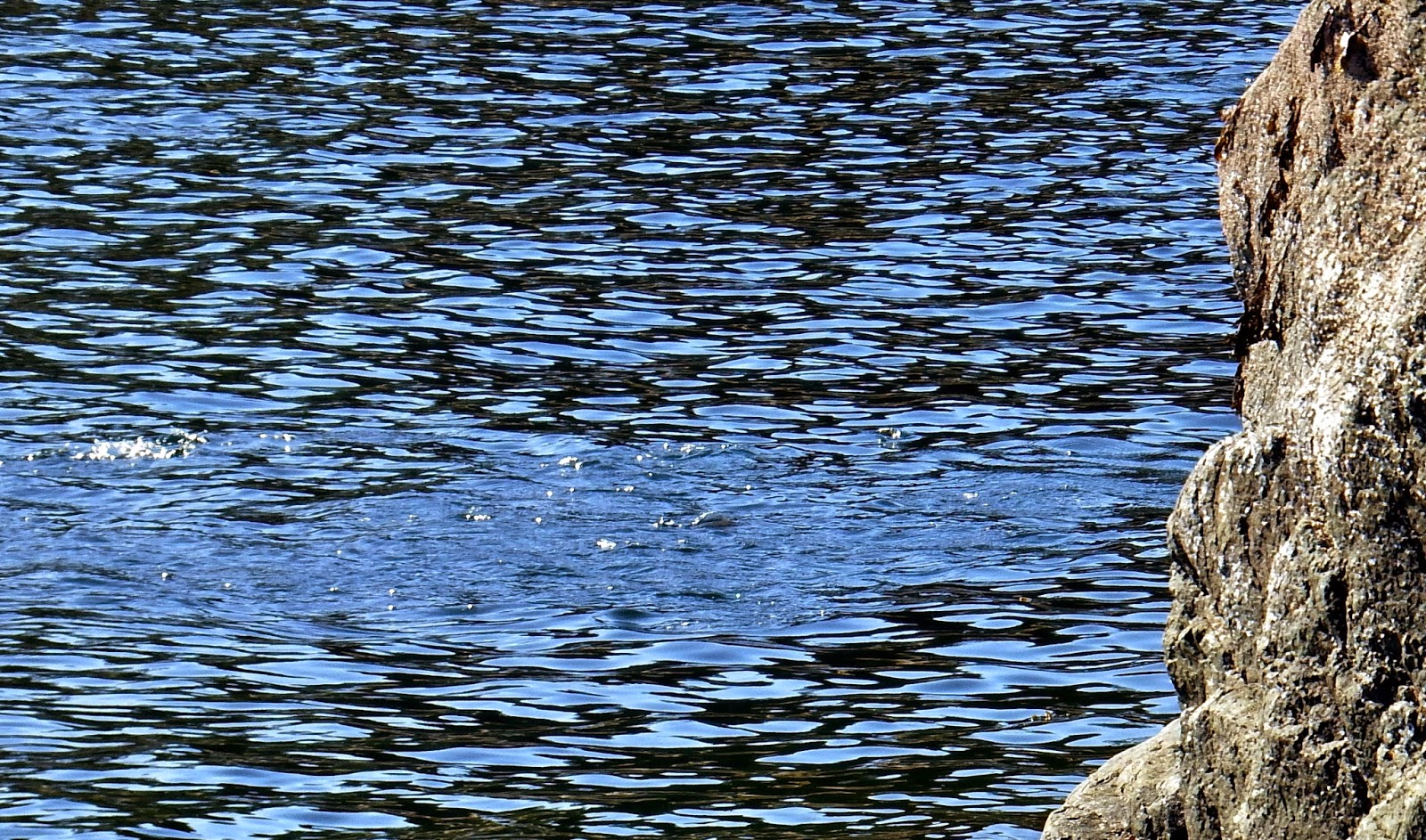 This last picture doesn't look like much, but that's what an angler's eye notices.