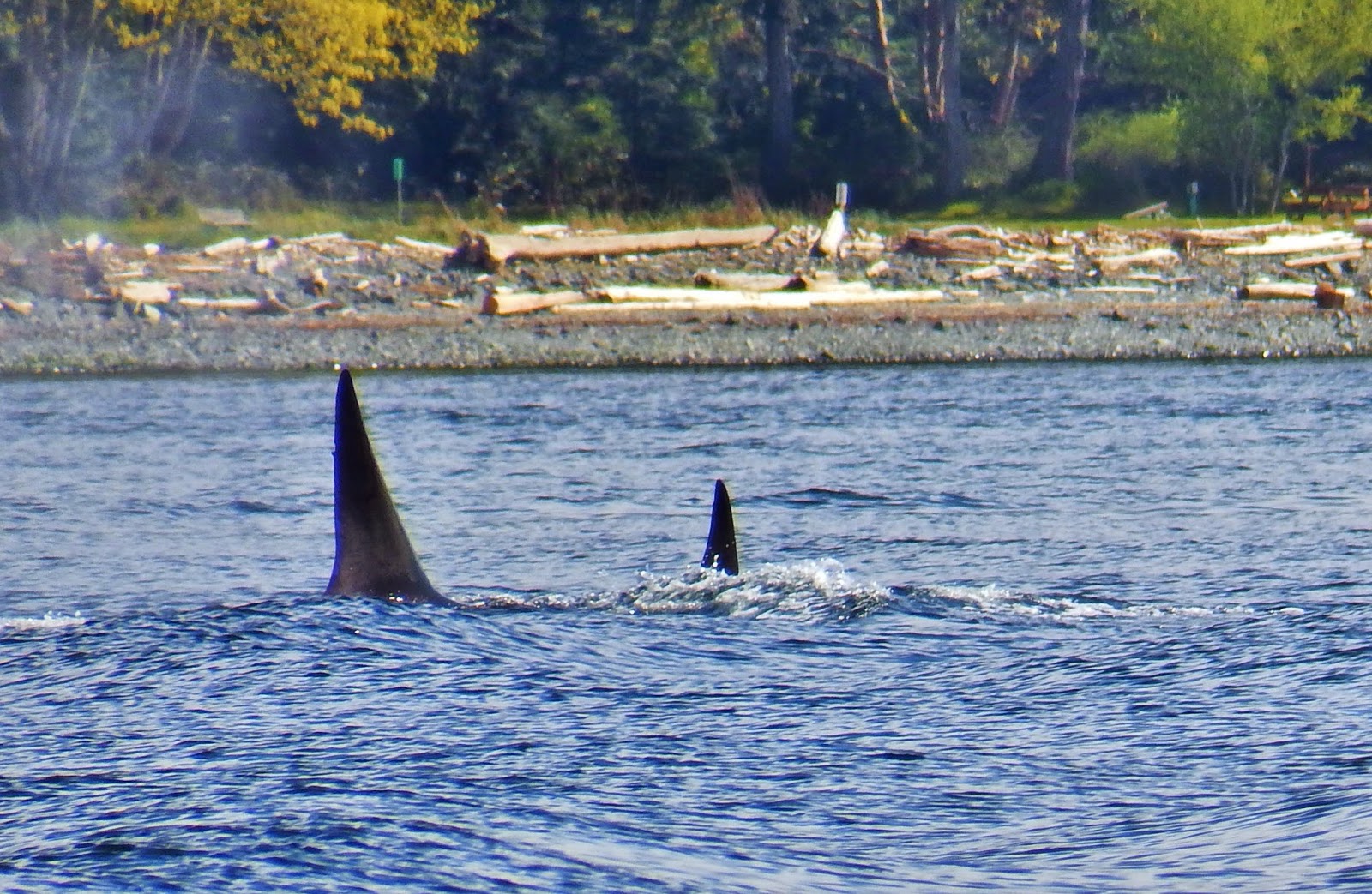 This time the Orcas were closer, but they kept moving.  I asked neighbour Stan if he wanted to go again for a short trip. . He did. We got in view again when they were a mile south. 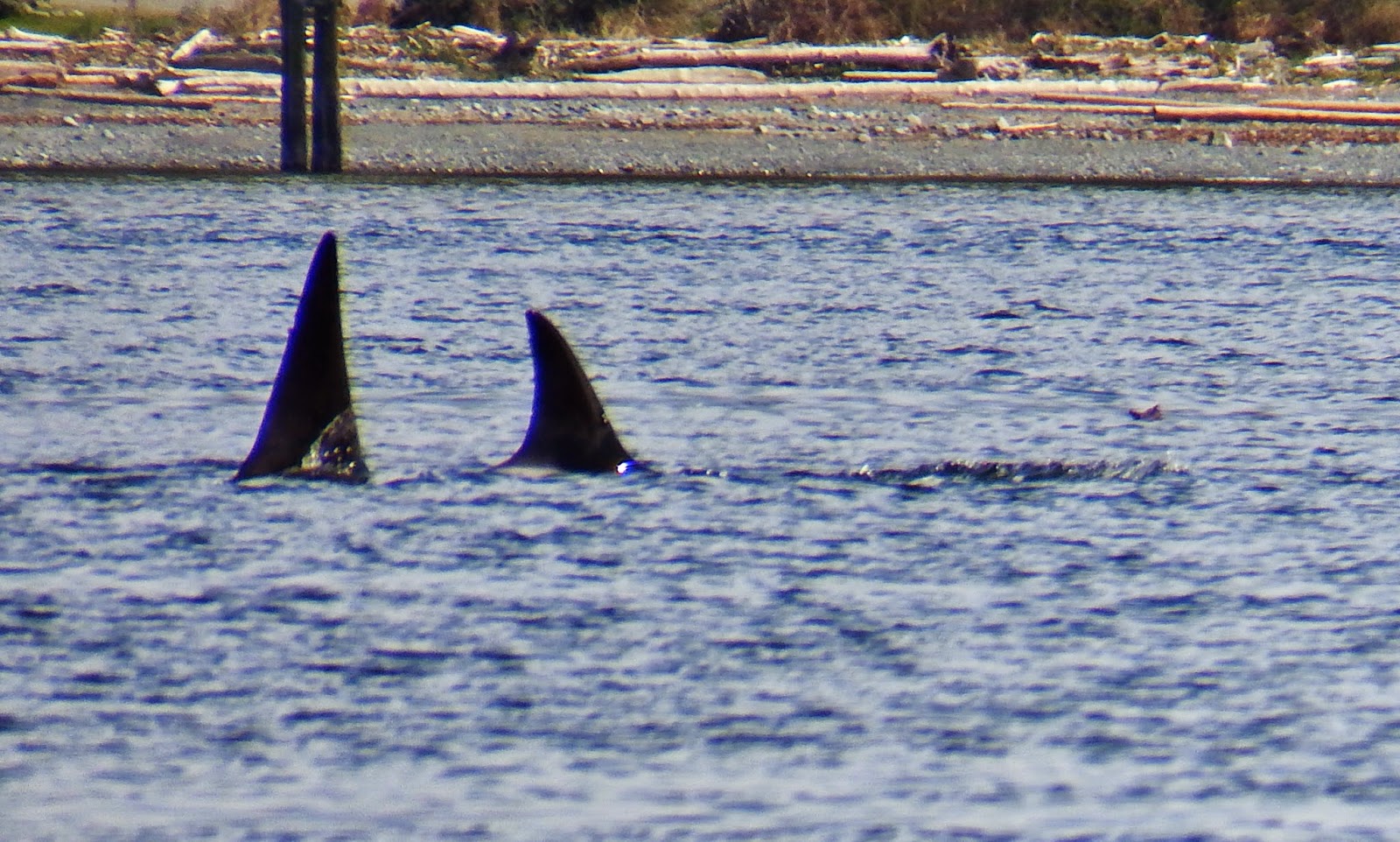 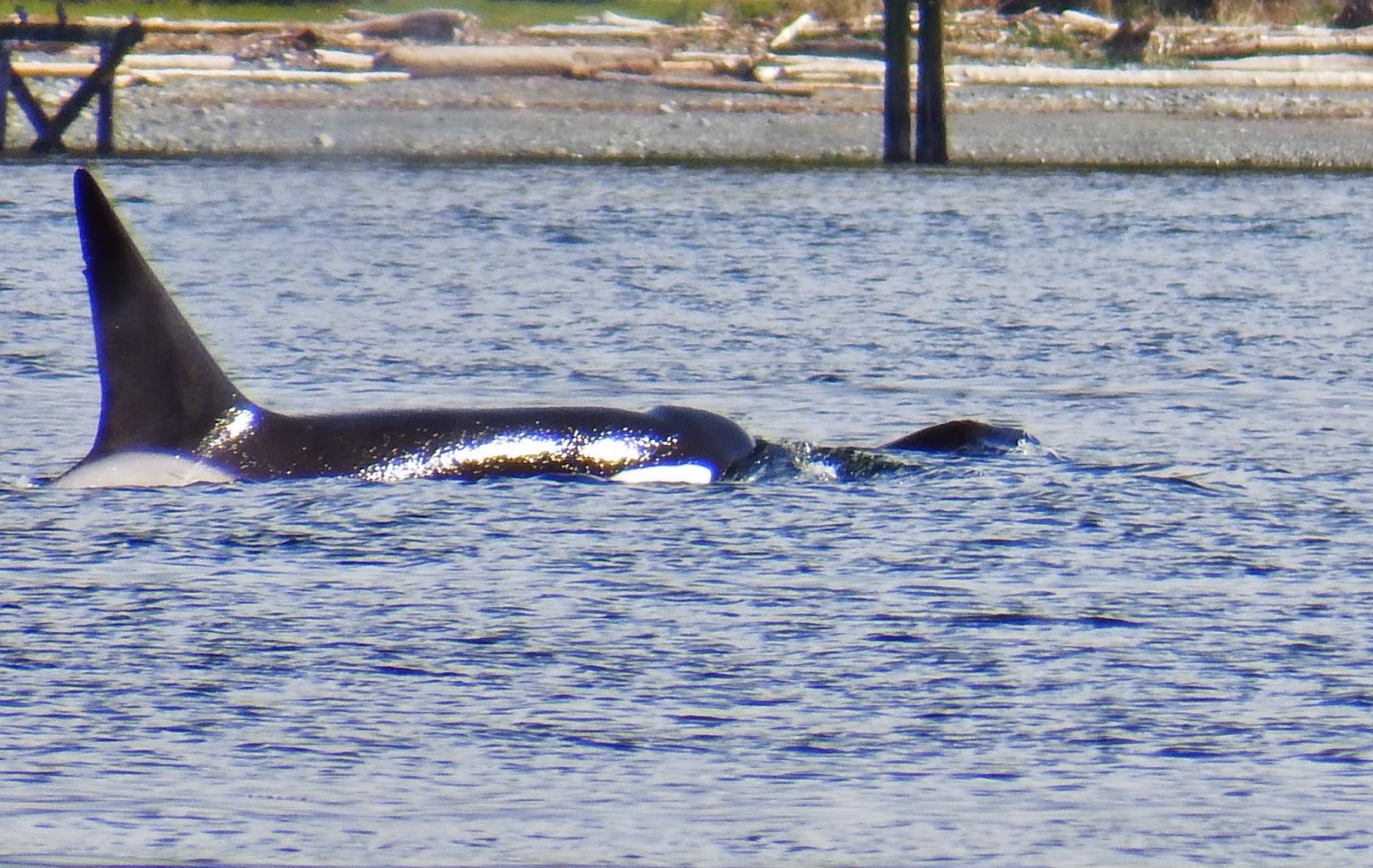 There was another boat with people watching and shadowing in parallel from the respectful distance. We didn't stay long.  While tying up back at the dock we heard on the marine radio about what we missed. The group of five Orcas travelling south was met by a group of five coming from the opposite direction, and milled near Cape Mudge Lighthouse. They had made a kill of one or two seals, which is often quite a sight. Well, we just missed that. Stan says it's like fishing, sometimes you just miss them and you might never know. ( I say everything is like fishing.)
. 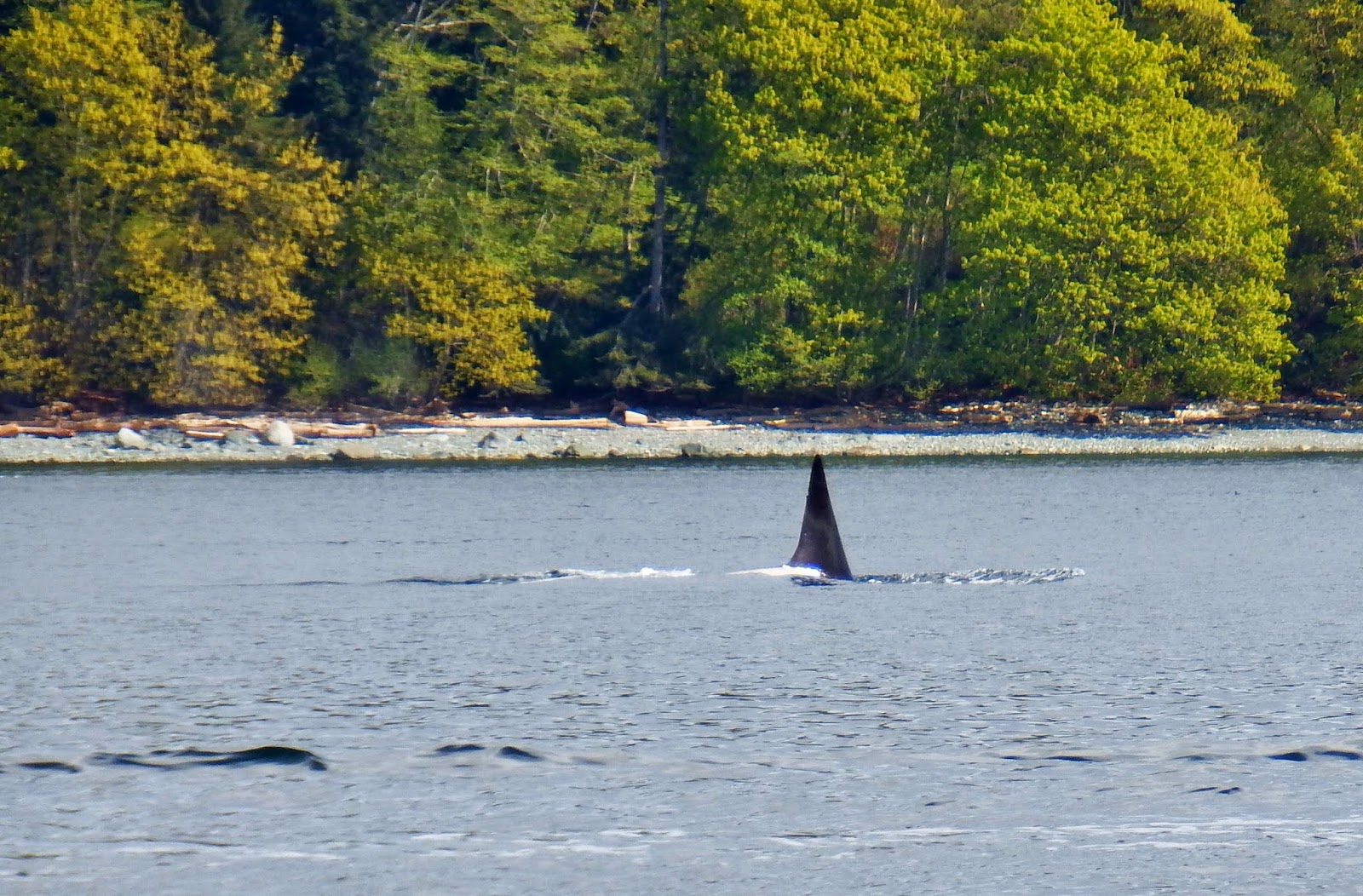 About 6 pm I saw Orcas again from the Quadra ferry when I was crossing to attend the Campbell River Guides Association meeting.

I have a hot and luke-warm attitude to the Orcas. These are truly magnificent  animals. Some fishermen aren't interested in seeing them, and some of those believe that the Orcas ruin the fishing. In my father's time they were called Blackfish and not thought of kindly.
There are two types of Orcas locally, one kind that eats fish and one that eats mammals. In parallel, humans come in two types. Some people are enthralled by the idea of Orcas and go to great effort to see them. Other people would not move an inch to see them ,or might go away to avoid them.
I love to see them, but one has to give them space for their own sake, and if you don't respect that , there is regulation to restrict your behavior. It takes patience to see them well.  In my guiding life Orcas are often second priority to fishing, but when possible I try to provide a "big picture" experience of all of that is around.
These last recent posts were very short trips with my friend and neighbour Stan who isn't much interested in fishing.  Incomprehensible but true.