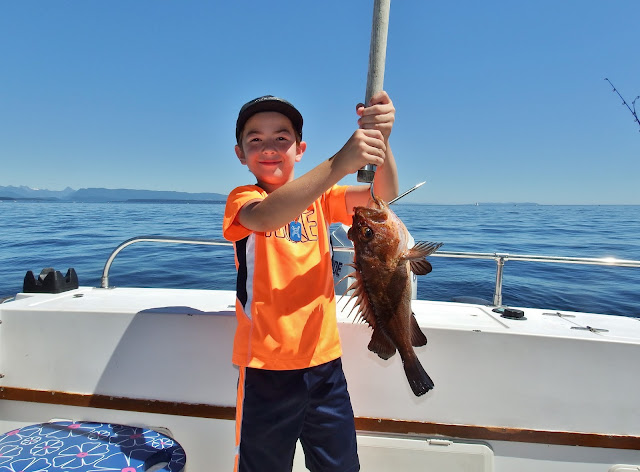 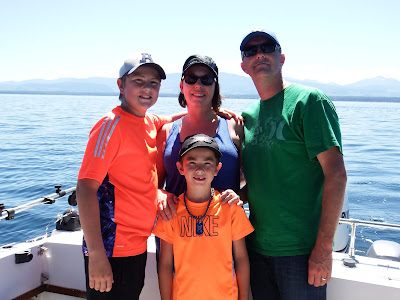 Tracey was so enthusiastic to get out on ocean and do it all in a half day trip. They had been out to the west side of Vancouver Island , where it was much too rough and windy to consider boating out there. Richard was keen to catch a salmon, and boys, Cam and Arron were up for anything. We gave a couple of popular spots a go and caught a couple of dogfish sharks, and small lingcod. Then we made a run for  a very scenic spot to try.  Beautiful but no salmon there. 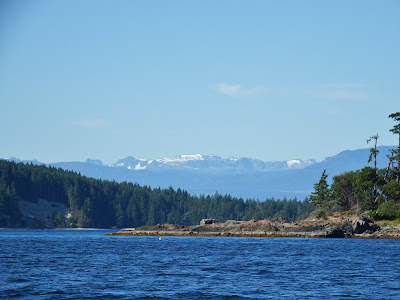 Back to the known area, and still we couldn't find the fish. After a while I turned the boat and taxied  over to a guiding friend and then another, to get the lowdown. As it appeared , fishing was slow, but a few fish were caught, we just missed out . We gave it a little extra time. Near the end , Cam caught a rockfish that the family can have as an appetizer for dinner. at their RV camp.
So, if a reader is wondering if I have been high- grading to tell just the stories of the successful fishing trips, no, and this is the first of my blog guests with no salmon.
After leaving these folks at the dock, I went to the fuel station, and there I met my friend Eiji, whom I talked to on the water. He had one salmon when we spoke, and just near the end of his fishing time, soon after we talked , his guest caught a big one. The guest and wife have come from Japan for over ten years, and so this is an extra special event.
Eiji showed the fish in his boat at the gas dock. 42 pounds. Beautiful. And ,notably, the scales are loosely attached and growing, a subject mentioned in a previous post. This fish was still feeding and growing like crazy.
So, it could happen that you might not catch a salmon. Or, you might get the big one. That's fishing. 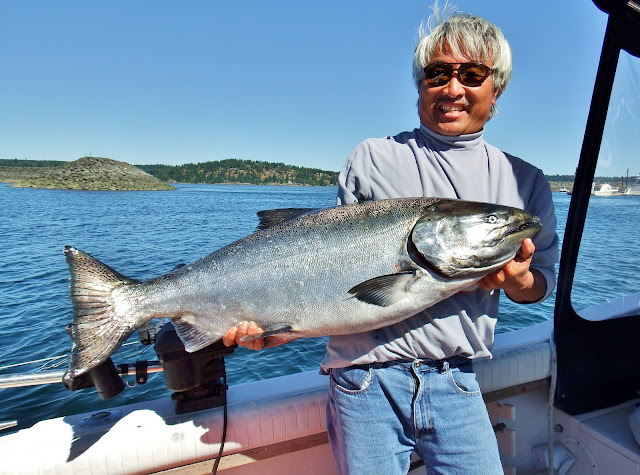